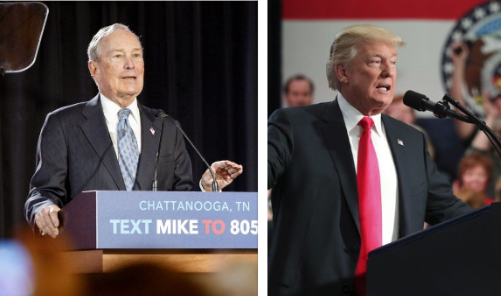 The social media feud kicked off when Dan Scavino, the assistant to the President and director of social media at the White House retweeted CNBC's post saying that Mike Bloomberg is paying online influencers to post memes for his 2020 campaign with a meme.

Trump then took to Twitter to hurl insults at Bloomberg, calling him a "LOSER", adding that he is like a "'Low Energy' version of Jeb Bush."

Mini Mike Bloomberg is a LOSER who has money but can’t debate and has zero presence, you will see. He reminds me of a tiny version of Jeb “Low Energy” Bush, but Jeb has more political skill and has treated the Black community much better than Mini! https://t.co/qIef5VhjDr