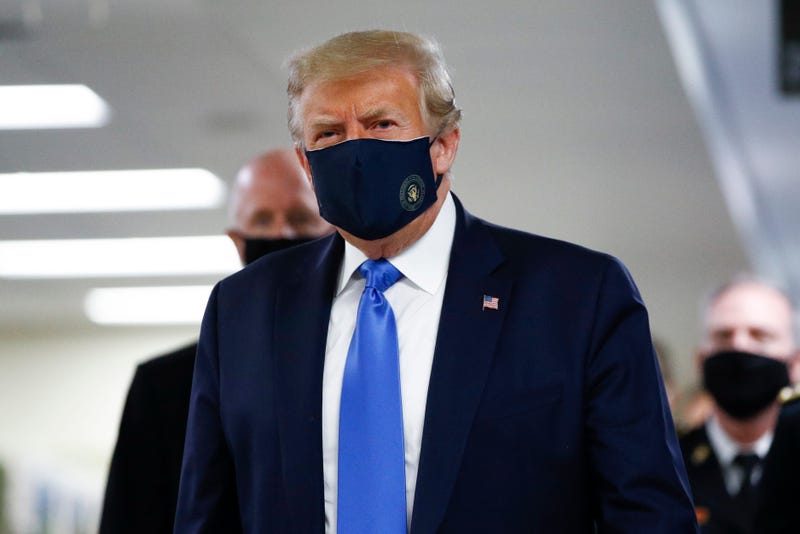 NEW YORK (1010 WINS) -- President Trump is scheduled to arrive in New Jersey Thursday night, where he will head to Trump National Golf Club in Bedminster, before he kicks off a weekend of fundraising in the Hamptons that's expected to net millions of dollars.

He is set to raise $15 million for his campaign and the Republican National Committee, according to CNBC. The funds raised will go to the Trump Victory Committee.

CNBC reported that a Trump Victory Committee official confirmed the amount expected to be raised.

The official also said that local pandemic guidelines must be followed by event-goers in order to attend. New York state allows social gatherings of up to 50 people.

“For fundraisers with the President, the White House Medical Unit and U.S. Secret Service evaluate all attendees in order for them to gain access to the event,” the official said. “All attendees must [test] negative for COVID-19 on the day of the event, complete a wellness questionnaire and pass a temperature screening.”

Trump will attend a trio of fundraisers on Saturday.

One of the events will be at the home of his eldest son Donald Trump Jr., and his girlfriend Kimberly Guilfoyle, the Fox News anchor-turned-Trump fundraiser who tested positive for COVID-19 last month. The couple's Hamptons home is reportedly in Bridgehampton.

For the second event, $50,000 will get you a photo op with Trump and the opportunity to listen to him speak. Not enough? For $100,000, you will get a seat at a roundtable discussion with Trump.

And as the day goes on, the price of tickets increase: After the aforementioned event, tickets for a couple will cost up to $500,000 per couple.