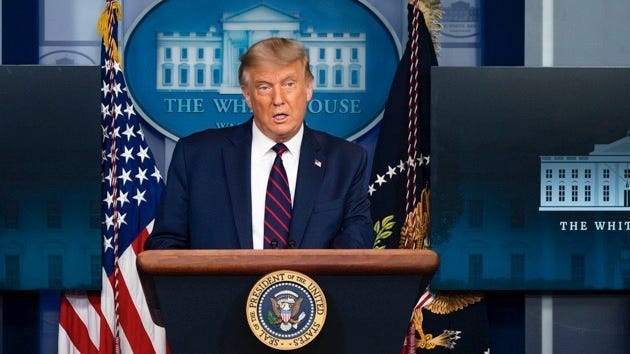 NEW YORK (1010 WINS) -- President Trump said it's a "shame" that the U.S. death toll from coronavirus topped 200,000 Tuesday -- but that if it wasn't for his administration, that number would have been 2.5 million.

"I think it’s a shame," he told reporters on the White House's South Lawn Tuesday night, as he prepared to travel to Pennsylvania, according to the pool report. "If we didn’t do it properly and didn’t do it right, you’d have two and half million deaths … You could have had a number that was substantially more."

He added, "With all that being said, we shouldn’t have had anybody. You saw my United Nations speech. China should have stopped it at their border. They should never let this spread all over the world and it’s a terrible thing….I think it’s a horrible thing.”

“It’s a horrible thing. Should have never ever happen. China let this happen. And just remember that.”