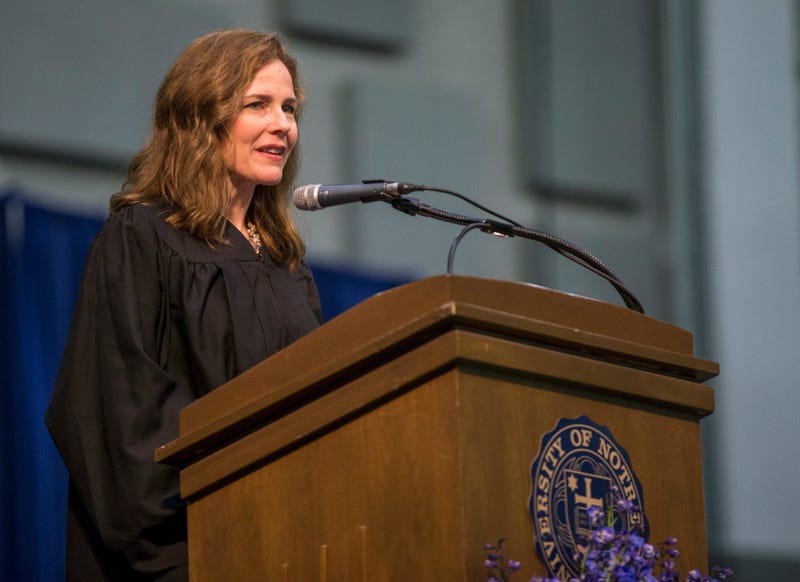 Photo credit FILE - In this May 19, 2018, file photo, Amy Coney Barrett, United States Court of Appeals for the Seventh Circuit judge, speaks during the University of Notre Dame's Law School commencement ceremony at the university, in South Bend, Ind. Barrett, a front-runner to fill the Supreme Court seat vacated by the death of Justice Ruth Bader Ginsburg, has established herself as a reliable conservative on hot-button legal issues from abortion to gun control. (Robert Franklin/South Bend Tribune via AP, File)
By David Caplan 1010 WINS

One possible contender who appears out of the running is Judge Barbara Lagoa of Florida, whom Trump said earlier in the day in Florida that he had not met with her.

"I'm confident he's going to make an outstanding nomination," Senate Majority Leader Mitch McConnell told Fox News. "The American people are going to take a look at this nominee and conclude, as we are likely to conclude, that she well deserves to be confirmed to the U.S. Supreme Court."