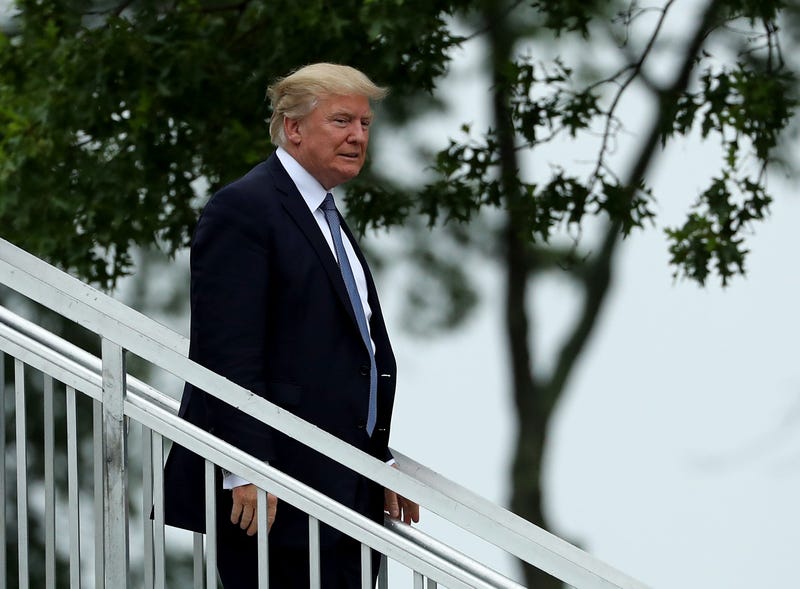 NEW YORK (1010 WINS) -- President Trump's weekend trip to New Jersey has been scrapped -- because, he claims, of the unrest in Washington, D.C.

"I was going to go to Bedminster, New Jersey, this weekend, but wanted to stay in Washington, D.C. to make sure LAW & ORDER is enforced," he tweeted late Friday afternoon. "The arsonists, anarchists, looters, and agitators have been largely stopped.....I am doing what is necessary to keep our communities safe — and these people will be brought to Justice!"

Prior to his tweets, the White House had announced Trump had canceled his trip, but it did not elaborate.

Trump had been scheduled to take Air Force One Friday afternoon to the airport in Morristown, and spend the weekend at the Trump National Golf Club in Bedminster.

MyCentralJersey.com reported that the FAA had issued a no-flight zone for "VIP movement" from Friday to Saturday.

A campaign rally was also slated for Saturday morning at the Clarence Dillon Public Library in Bedminster.

Although New Jersey has a mandatory 14-day quarantine for anyone who has recently been to a coronavirus hotspot -- Trump was recently in Arizona --  Gov. Phil Murphy said the president would be exempt. "There is a carve out for essential workers, and I think by any definition the president of the United States is an essential worker," he told CNN.