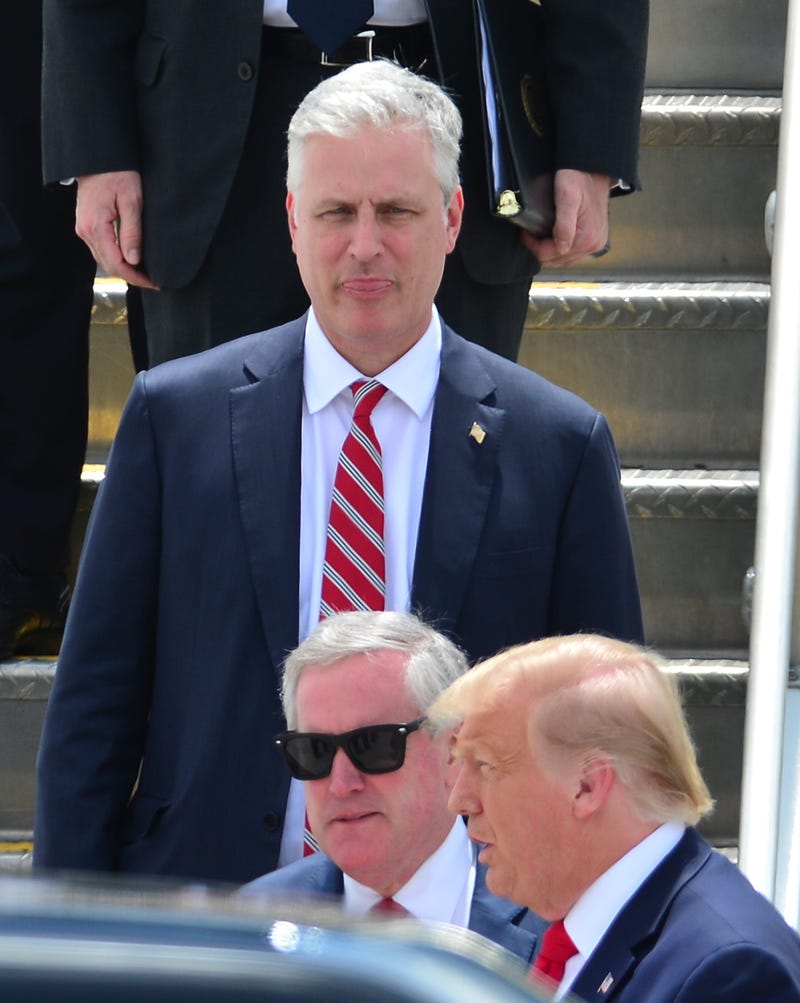 He is the highest-ranking official close to President Trump to contract the potentially-deadly virus.

"National Security Adviser Robert O’Brien tested positive for COVID-19," a White House spokesperson said in a statement to 1010 WINS. "He has mild symptoms and has been self-isolating and working from a secure location off site. There is no risk of exposure to the President or the Vice President. The work of the National Security Council continues uninterrupted."

White House economic adviser Larry Kudlow told reporters during a gaggle Monday, "I did speak to him Friday. I believe his daughter was ill first. He tested several times ... I think it's a light case. I wish him well. He's a very dear personal friend of mine. He's a fabulous colleague and a brilliant policy maker."