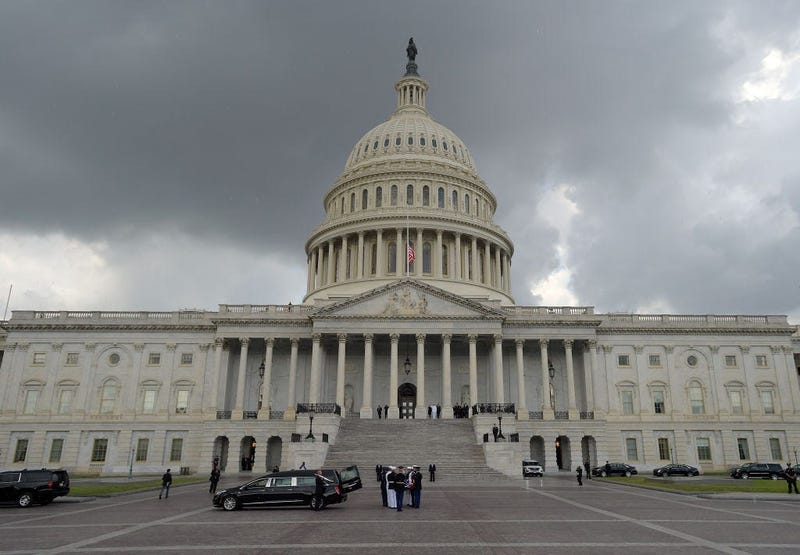 Earlier Friday night, Congress passed the deal to reopen the government, and it now goes to Trump's desk to sign.

Some 800,000 federal workers have had to work without pay or have been kept from doing their jobs as Trump and congressional Democrats were locked in a stalemate over the billions of dollars that Trump has demanded to build a U.S.-Mexico border wall.Trump spoke at the White House on Friday as intensifying delays at some of the nation's busiest airports and widespread disruptions brought new urgency to efforts to break the impasse.

Even as President Donald Trump backs down and agrees to a short-term deal that reopens the government, he isn't giving up on his push for a U.S.-Mexico border wall.And on top of that, he's threatening to shut down the government again or use his presidential powers to address the border issue if he doesn't get what he's calling a ``fair deal.''Trump says the border barrier he wants built isn't ``medieval' and shouldn't be ``controversial'' because it will keep drugs and criminals from crossing into the United States.He's calling it ``smart'' and ``see-through'' walls.Trump has announced that the government _ after a record 35-day partial shutdown _ will temporarily reopen for a few weeks while he negotiates with Congress on his demand for billions of dollars to pay for a border wall.

Meanwhile, the Mexican government says the United States plans to return 20 migrants per day to Mexico as they await an answer to their U.S. asylum claims.The spokesman for Mexico's Foreign Relations Department says Mexico doesn't agree with the move, but will accept the migrants.Roberto Velasco said Friday the first 20 migrants to be returned at the San Ysidro crossing are all Central Americans and all had temporary visas in Mexico.He said the U.S. government wants to ``gradually'' extend the practice, known as ``Remain in Mexico,'' to the rest of the border crossing points.Velasco said Mexico won't accept migrants who have appealed a denial of asylum, unaccompanied children or people who have health problems.