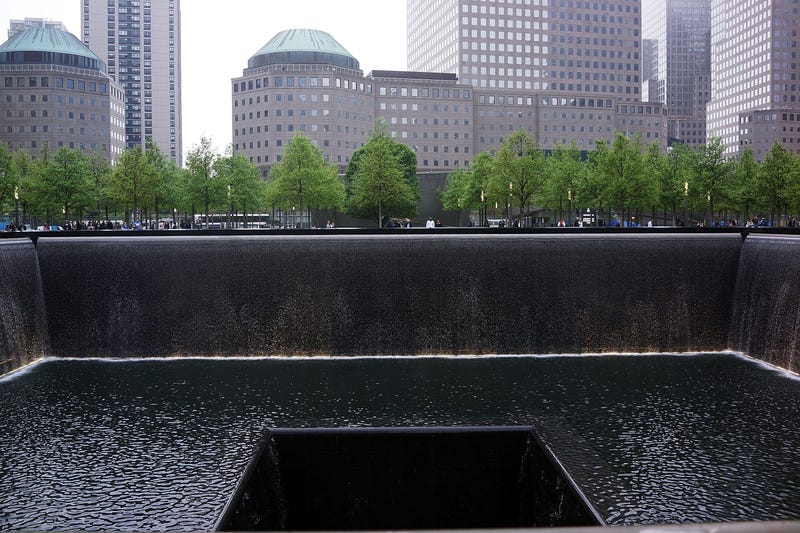 NEW YORK (1010 WINS) -- A nonprofit group will hold its own in-person name-reading ceremony near Ground Zero on Sept. 11, to counter the 9/11 Memorial & Museum’s decision not to include a live name-reading at its own ceremony due to COVID-19 safety concerns.

The Stephen Siller Tunnel to Tower Foundation, which supports the families of fallen first responders, plans to invite 9/11 victims’ families to read their loved ones’ names aloud at an “alternate” memorial ceremony adjacent to Ground Zero on Sept. 11, the group’s chairman and CEO Frank Siller said in an interview with 1010 WINS on Thursday.

In a letter dated July 30, 9/11 Memorial & Museum president and CEO Alice Greenwald told Siller her institution’s annual ceremony would not include a live name-reading this year because “public safety must come first.”

On Thursday, however, Siller maintained not allowing families to read victims’ names would “rob” the ceremony “of much of its significance.”

“We are going to set up our own stage and have our own beautiful ceremony where we let 9/11 family members read the names of their lost loved ones, and we’re going to do it in a very beautiful dignified way, just like the memorial has done for many, many years,” he told 1010 WINS.

In her letter, Greenwald noted that the annual ceremony's attendees "are of every generation, including many children and, 19 years from the attacks, a large population at greater risk to coronavirus complications due to age and other pre-existing health conditions, including lingering health effects caused by 9/11-related illnesses for all those who were here at the site and worked during the rescue and recovery."

“In past years, as you know, we have used a stage for the readings which has served as a focal point for people to gather around — a potentially unsafe situation we are trying to avoid, she wrote. “Moreover, readers would need to remove their masks to read the names, thus potentially putting themselves and others at risk.”

“The names, read by family members, will be broadcast throughout the plaza, so that families may stand near their loved ones’ names or sit on benches without needing to be in close proximity to others as they listen," she added. The names the museum will broadcast were recorded by victims’ family members for a memorial exhibition.

Siller on Thursday said Tunnels to Towers — which was created in memory of his FDNY firefighter brother Stephen Siller, who died on 9/11 — will make sure those who choose to attend the group's "alternate" ceremony are wearing masks and social distancing.

“We are not going to let it not be safe,” he said. “And I have a lot of staff to make sure that will happen.”

“Look, I just came from a mass in honor of my older brother, (who) just passed away a few months ago and when the Mass was said for him today, and they read his name, it was very emotional for our family,” he added. “That’s important that every family gets that opportunity.”