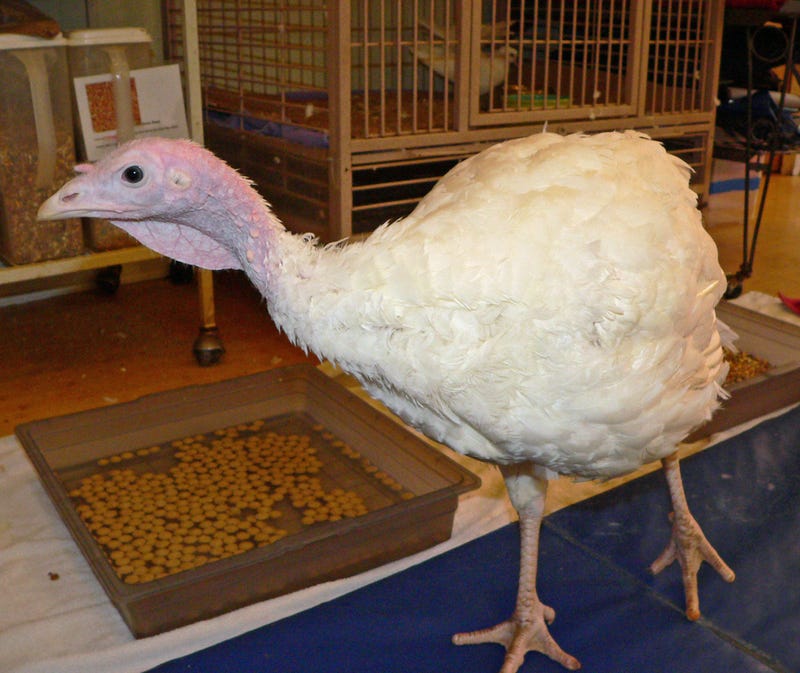 NEW YORK (1010 WINS) --  A student at the School of Visual Arts committed a "fowl" against the school's safety and health regulations by bringing a Turkey into the school.

The student was planning to do an art project about saving a turkey at Thanksgiving. She hid Tutu the Turkey in one of the studios at school.

The school eventually found out and the student and a school administrator brought the bird to them.

“The school administrators found Tutu and were not too happy,” said Rita McMahon, director of the nonprofit Wild Bird Fund. “They came the next day with the turkey and the student to hand it over. The student had wanted to keep him/her, but you can’t keep a turkey in New York City; it’s against the health code. We assured her we’d find a good home for Tutu, who is a lucky bird. She would surely have been a Thanksgiving dinner.”

Tutu, who was saved from a slaughterhouse was scared and apprehensive at first but now seeks attention and likes hugs, The Wild Bird Fund tells 1010 WINS.

She is in good condition but needs to be evaluated further and tended to for some minor things.

Tutu has been with the organization since Friday but is expected to be released as soon as she fully recovers from the ailments and injuries sustained in the poultry market.

After, she will head off to a 100-acre sanctuary owned by an Upper East Side florist with three bird caretakers, two ponds and a barn, where she will be able to live out her days in safety and peace.