Surveillance video released by the NYPD shows the pair of suspects, said to be male and female teenagers, repeatedly punching one of the women on the staircase of the Avenue I F train stop in Midwood.

Police say the suspects attacked the two women, ages 20 and 21, on the platform staircase of the subway station, brandishing a knife and taser before terrorizing and robbing them for several minutes as a camera captured the altercation. 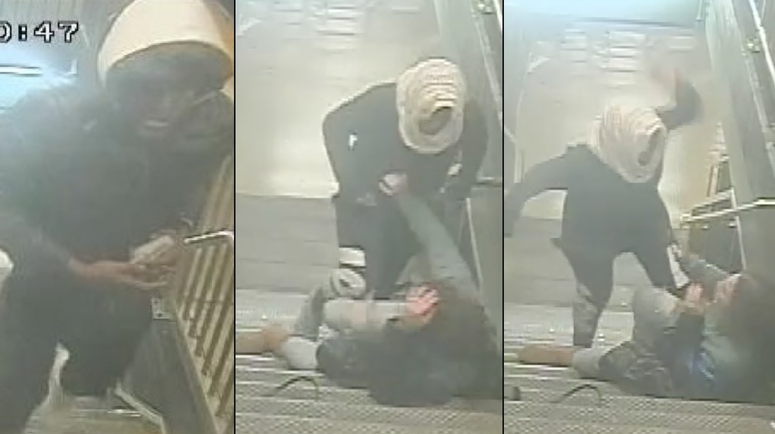 Graphic video shows the female suspect beating one of the women repeatedly while stealing the tourists' phones and pocketbooks containing credit cards and cash, police said. The valuables can be seen strewn across the steps of the staircase.

The female suspect then pulls the woman down the steps by her hair before hitting her again on her head and body, the video shows.

At one point, a passerby can be seen walking up the stairs past the altercation. The female suspect hides the knife and taser as the passerby walks past to avoid suspicion, according to ABC7.

One of the women tried to chase the muggers, but the suspects pushed her away and ran off into the subway.

The two victims were taken to Maimonides Hospital with cuts and bruises. They have since returned to Israel.