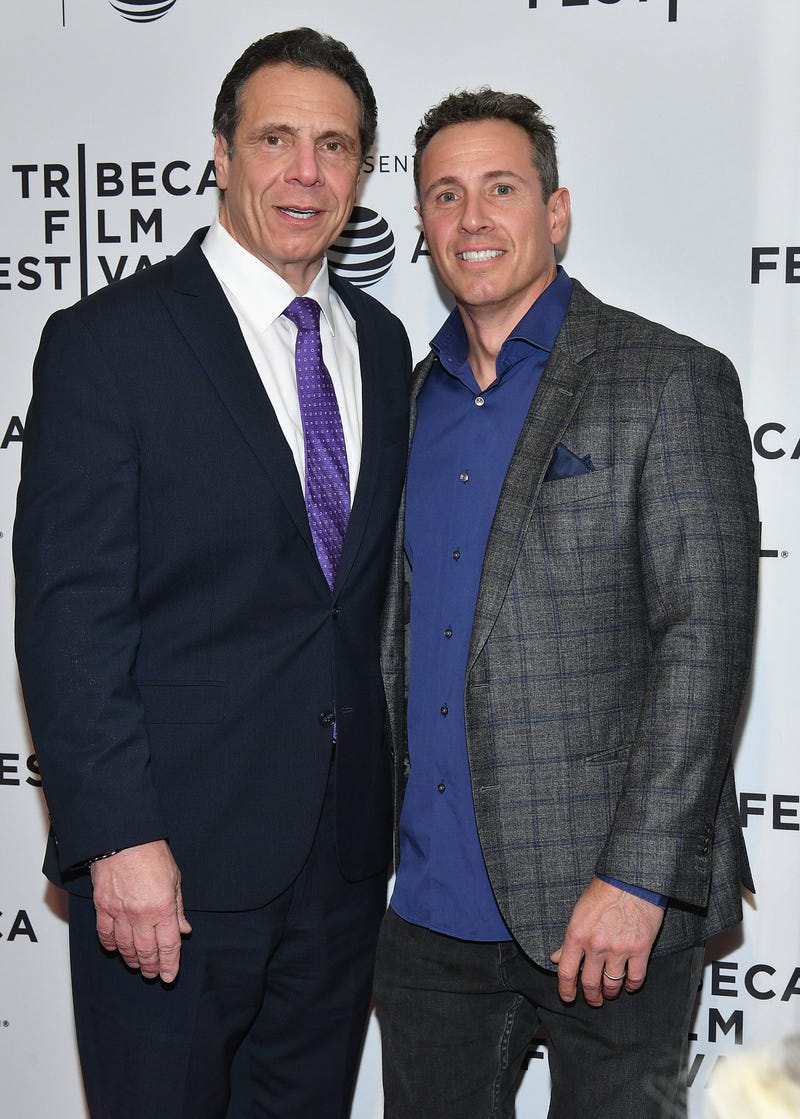 NEW YORK (1010 WINS) -- Do you not wear a face covering, even though you're supposed to? Do you have an affinity for Gov. Andrew Cuomo and his CNN anchor brother Chris Cuomo?

Well, if so, there's a name for you, according to the Urban Dictionary, the crowdsourced online dictionary for slang words and phrases.

Let's begin with those who are smitten with the Cuomo brothers: they are "Cuomosexuals," a term created by Randy Rainbow, the comedian and singer whose parody videos about all things Trump Administration against the backdrop of musical numbers go viral as soon as they hit the internet.

Earlier this month he released a video professing his love of Gov. Cuomo, against the backdrop of the track "Sandy" from the "Grease" soundtrack. "From now on I identify as #Cuomosexual... #StayHome #NewYorkTough," he tweeted. And in response to the term landing in the Urban Dictionary, he tweeted, "Of everything I’ve done for this world, I’m proudest of this. #WordOfTheDay."

The Urban Dictionary defines a "Cuomosexual" as "someone who has a deep, abiding affection, or attraction bordering on obsession, for a person carrying the surname Cuomo."

The term "Cuomosexual" has since been used by others, including talk show hosts Stephen Colbert and Ellen DeGeneres.

“It’s OK, these feelings are perfectly natural,” joked Colbert. “Many Americans experience moments of being at least Andrew-curious, if not fully Cuomosexual.”

And when interviewing Gov. Cuomo, DeGeneres asked him if he was aware of the term: “Yeah, I think that’s an advantage. I do not think it’s a bad thing.”

DeGeneres added that the term also applied to his younger Chris, whom she also is fond of, she said.

“Yes," he said, laughing, "however you enjoy me more."

The Urban Dictionary describes these folks as, "***holes who don’t wear masks publicly during the Coronavirus/COVID 19 Pandemic. Especially common in NYC and usually of a certain perceived privaledge and political party(GOP)."

It also gives an example of how it may be used in a sentence: "That f****** MASKHOLE rolled up behind us like a Stealth Bomber as we were getting off the ferry on 34th street. Running and coughing, spreading that Rona all over the back of our necks. Not a mask or bandana in sight!"