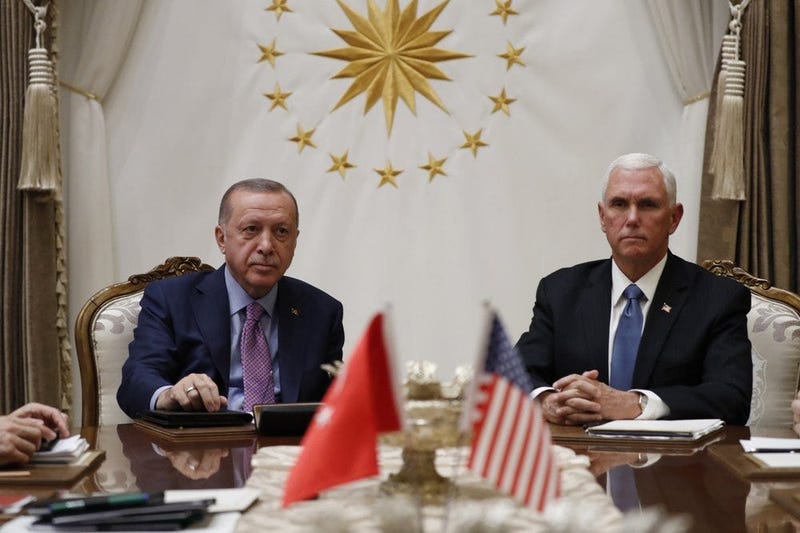 ANKARA, Turkey (1010 WINS) -- Vice President Mike Pence announced on Thursday that the United States and Turkey have agreed to a ceasefire in Syria and Kirdish forces will be withdrawn from the area.

"Today the U.S. and Turkey have agreed to a ceasefire in Syria." Pence announced

Pence said that negotiations with Erdogan and his team lasted over five hours.

The ceasefire also involved a Turkish agreement to take no military action against the Kurdish town of Kobani, Pence said.

“In addition, the United States and Turkey have both mutually committed to a peaceful resolution and future for the safe zone, working on an international basis to ensure that peace and security defines this border region with Syria,” he said.

Pence and Secretary of State Mike Pompeo spoke after meeting with Turkish President Recep Tayyip Erdogan. Pence said that the US will not impose any new sanctions on Turkey and once ceasefire is in effect, the new sanctions will be lifted.

"Now we will work together to implement this agreement." Pence added.