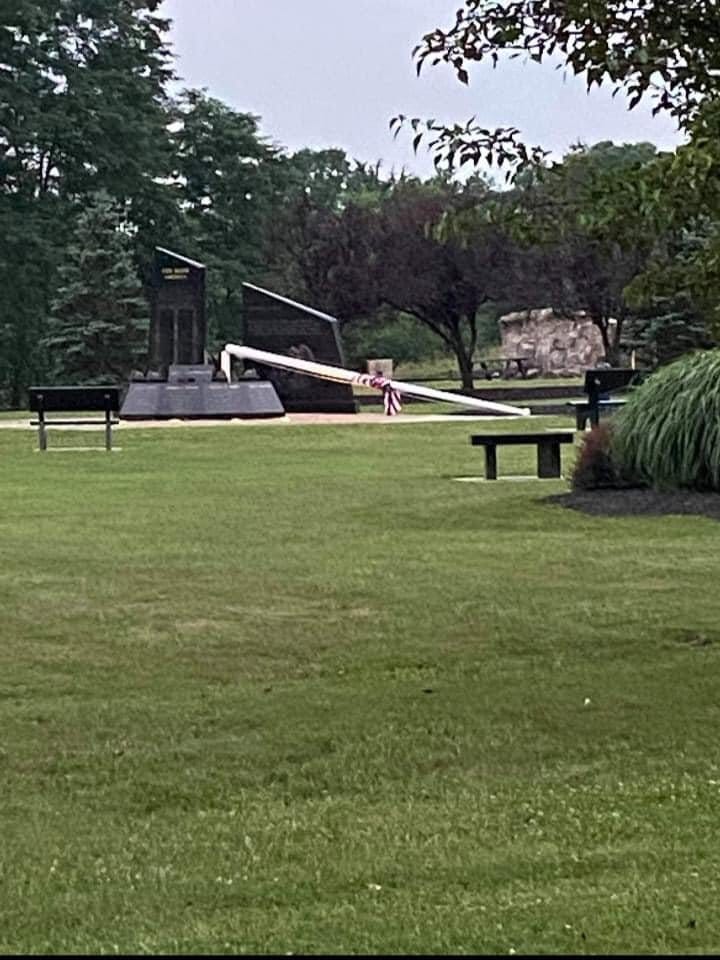 NEW YORK (1010 WINS) -- Vandals struck a 9/11 memorial in Washingtonville, N.Y., cutting down a flag pole at the center of the memorial, which pays tribute to five firefighters from the area who died when the World Trade Center towers collapsed. Washingtonville is about 65 miles northwest of NYC, in Orange County.

Washingtonville Police Chief Brian Zaccaro said the vandals cut through the pole, between four and five feet from its base. The vandalism was reported to officials on Wednesday.

Zaccaro said a message was written in marker on the part of the pole that remained standing, but he has declined to reveal the message.

The flagpole will be replaced, Washingtonville Mayor Joseph Bucco said in a Facebook post, adding that a reward of more than $3,000 is being offered for any tips about the crime.

Assemblyman Colin Schmitt, whose district includes Washingtonville, wrote in a Facebook post, "We will never reach a point where it is acceptable in this country to tear down memorials to our 9-11 heroes ... The person or persons responsible must face the full force of law and swift punishment."