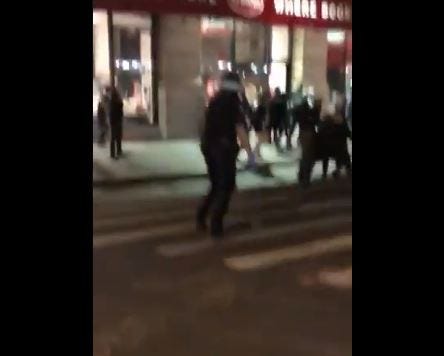 NEW YORK (1010 WINS) -- A video posted to Twitter late Sunday night appears to show an NYPD officer near Union Square pointing his gun at protesters -- it's unclear what the officer is pointing at since it's not in the camera frame -- and it quickly grabbed the attention of New York Attorney General Letitia James.

She responded to the tweet, which was posted by Gothamist reporter Jake Offenhartz, five minutes after he posted it, writing, "Please send this video to us: complaints@ag.ny.gov."

A source shared this video, which he says he took at around 10 pm near near 12th and Broadway. It appears to show an NYPD officer pointing a gun at protesters outside the Strand pic.twitter.com/pCTNIYL7op