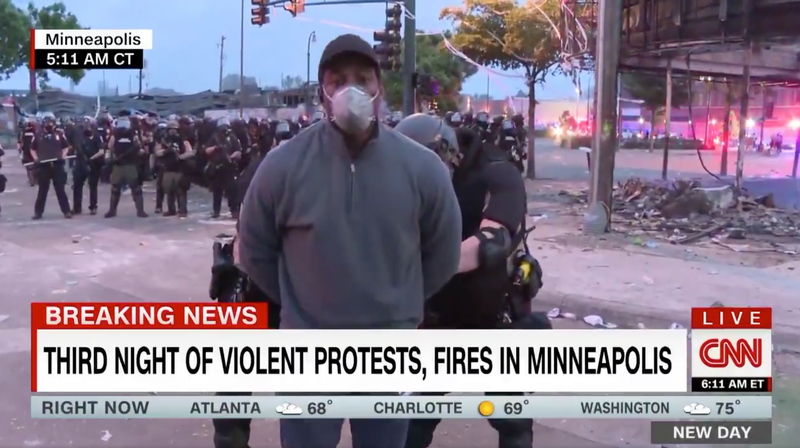 MINNEAPOLIS (1010 WINS) – A CNN crew was arrested live on air as they covered the unrest in Minneapolis on Friday morning.

Jimenez was giving a report on CNN’s “New Day” when he was handcuffed and led away by police, along with a producer and photojournalist.