NEW YORK (1010 WINS) -- A man was stabbed outside a Manhattan deli last week moments after fighting over a scooter, video shows.

The video shows the suspect paying at the register near the front of the store when a man grabs a scooter beside him. The man pulls the scooter outside and is chased by the suspect, who snatches the scooter back, video shows. It's unclear who owns the vehicle. 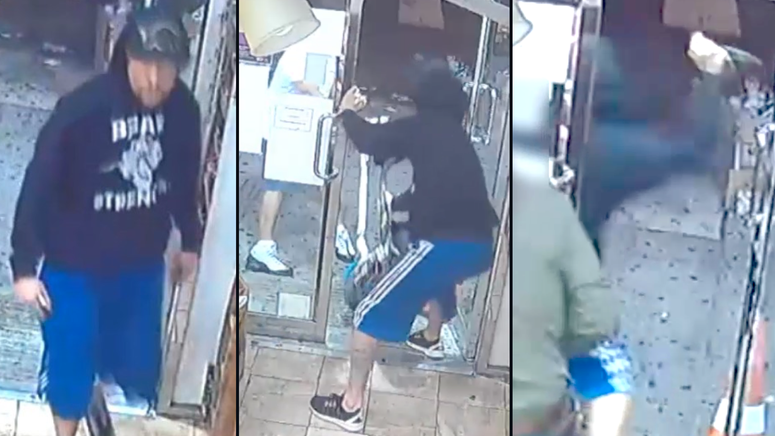 The suspect then checks his finger as if it’s injured before rushing out of the store, video shows.

Police said the suspect then stabbed the 42-year-old victim once in the back outside the store. Video appears to show a large knife in his hand during the confrontation.