NEW YORK (1010 WINS) – Officials are questioning a 24-year-old woman Thursday after officers were stuck with a cane during a protest on the Brooklyn Bridge the previous day, sources told 1010 WINS.

Sources said the woman tried to bite the head of a detective while being held at the 5th precinct.

Charges have not bee filed but the woman who was escorted out of the precinct was taken to Mount Sinai Beth Israel hospital for a preliminary psychiatric exam, the NY Post reports.

The NYPD released video of the attack that occurred as protesters clashed with police on the Brooklyn Bridge on Wednesday. 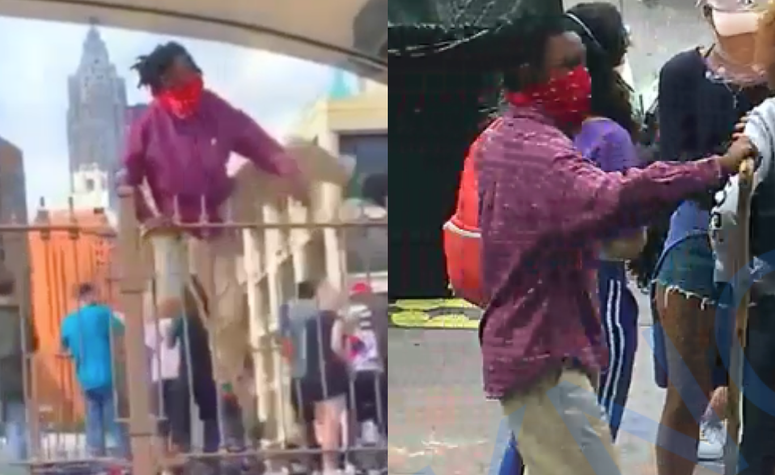 The newly released video by police shows the attacker—in a purple shirt and red bandana—hopping a railing on the bridge’s pedestrian path and running through traffic moments after the officers were attacked.

A separate video released by police Wednesday shows a man striking several officers with a cane as they try to make an arrest on the bridge.

These are the injuries our officers sustained. pic.twitter.com/KI9wQKywHH

NYPD Chief Terence Monahan and several other officers suffered non-life-threatening injuries during clashes on the bridge, police said. Monahan had a finger injury and other officers were seen bloodied, including with apparent head and face injuries, after the attack.

Dozens of people were arrested during Wednesday’s skirmishes on the bridge, police said.