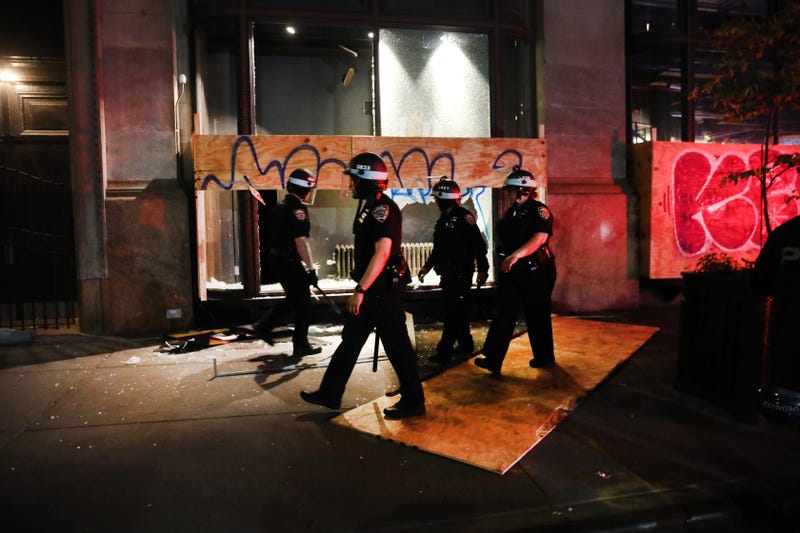 NEW YORK (1010 WINS) – New video shows an NYPD captain and other officers being attacked as a clothing store is ransacked by looters in lower Manhattan on Tuesday night.