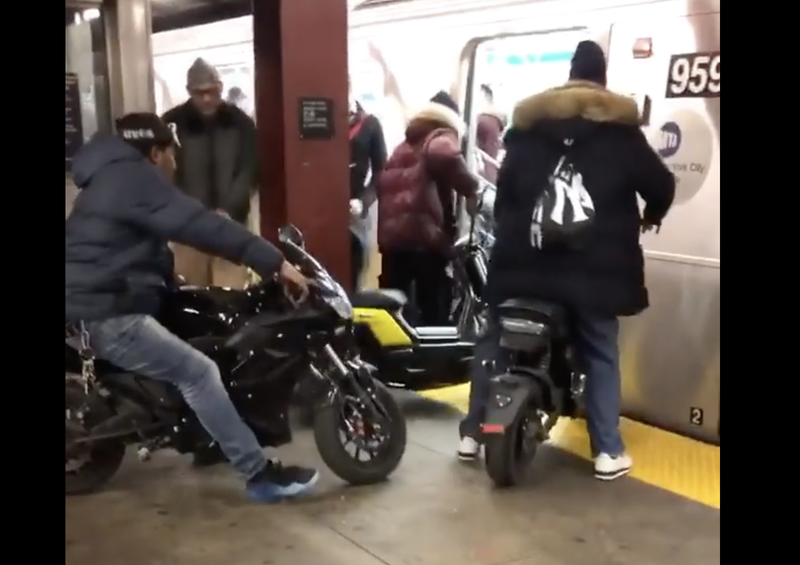 NEW YORK (1010 WINS) -- Police are investigating an incident captured on video where three men on motorcycles are seen getting onto a subway car in Manhattan.