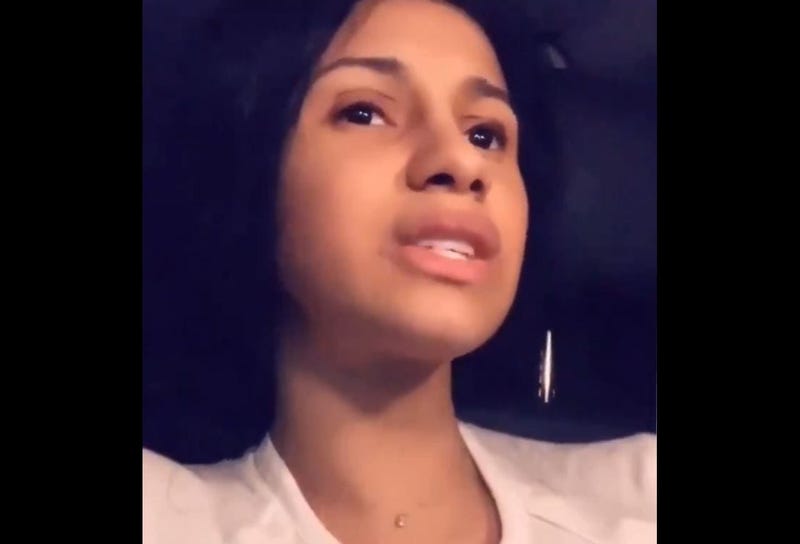 NEW YORK (1010 WINS) -- Bronx native Cardi B didn't mince words about the NYPD in a profanity-laced video she posted to Instagram Wednesday night, which she has since deleted.

In the video, Cardi B alleges that the NYPD helped to shut down a back-to-school event next week at a Brownsville school, hosted by her best friend Star Brim, who was released from jail in March after serving time for wire fraud charges.

"I find that s*** so f***** up by the NYPD … it’s like this is really for the kids; Shorty was really coming out her pockets, just to help the community, and it was for kids to have a fun, positive day,” Cardi fumed in the video, adding that the drive is intended to benefit parents with school supplies and "many more thing."

But, a Department of Education spokeswoman Miranda Barbot told TMZ that the event is not canceled -- but postponed for security reasons -- and that the NYPD have nothing to do with the postponement. In fact, TMZ reports, the NYPD didn't even know about the event until Cardi B posted her video.

"This is a misunderstanding and the event will not be canceled," Barbot said. "The Principal of Brooklyn Democracy Academy was not previously aware Cardi B was planning to attend her back-to-school event, and she was concerned there would not be enough security in place. We are working with the NYPD to make sure this event is a success, and they were not involved in canceling this event."