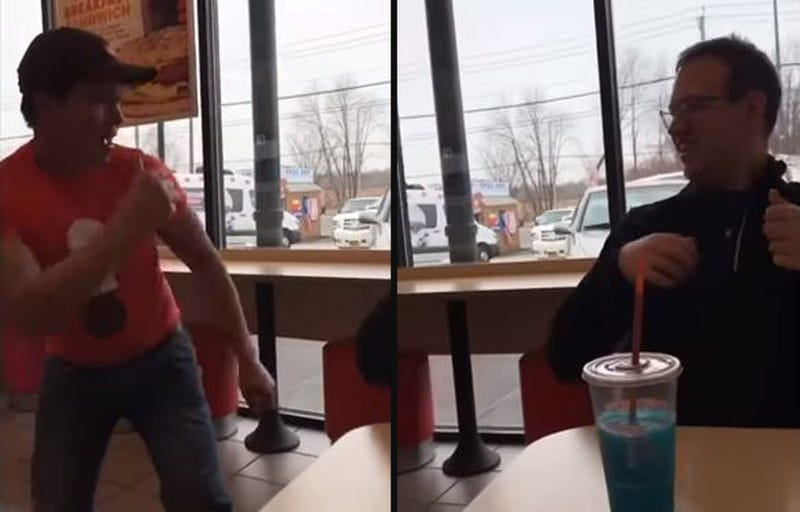 NEW YORK (1010 WINS) – An employee at a Dunkin’ Donuts on Staten Island danced for a man with autism in a viral video that's quickly clocking up views online.

Donald Simon, a 23-year-old from Staten Island, can be seen waving his hands in the air and grooving to Lady Gaga’s “Paparazzi” as an employee dances along at the establishment in Heartland Village.

The 23-second video was captured by Simon’s aide and was making the rounds Saturday.

Simon's mother, Donna Maxon, told 1010 WINS that seeing the video brought a huge smile to her face. She says her son is nonverbal and that many people don't try to communicate with him.

"To have someone recognize that he can't speak and find another way to interact with him and have him have a good time is very special and unique," Maxon said.

The barista in the heartwarming video is Bryan Lara. Maxon say she wants to publicly thank him.

"He began dancing with Donald and Donald started dancing along," she said. "It made me feel so good."

The video had more than 120,000 Facebook views and counting Saturday.