NEW YORK (1010 WINS) – The sister of Fahim Saleh, the 33-year-old tech entrepreneur found dismembered in his Manhattan condo, released an emotional video statement Thursday, a month after the murder.

“My family and I are in such shock and debilitating pain,” Ruby Saleh said in a video posted Wednesday. “Our beautiful boy was taken from us, and right now it doesn't feel like life can ever be joyful again.”

“My brother was brilliant, creative, spontaneous, whimsical and generous to a fault,” she said.

As Saleh spoke, she sat in front of a photographic “remembrance for my brother” created by the siblings’ father on a mantle of the family's home.

“Every time I walk by that, it is the most heartbreaking thing, because it is such a true representation of exactly who Fahim was and such a reminder of the fact that he really is no longer with us anymore,” Saleh said.

She said her family “will do everything in our power to keep Fahim’s memory alive and to keep his visions ongoing. We will also dedicate ourselves to ensure that Fahim gets justice.”

“My brother’s death was a crime of the most cruel and heinous nature,” she added.

Saleh closed the video by asking, through tears, “If you’re someone’s sister, the next time you see your brother, please hug him as tightly as you can for as long as you want, because that’s all I want to do every time I see those photos. But I’ll never be able to hug Fahim again.” 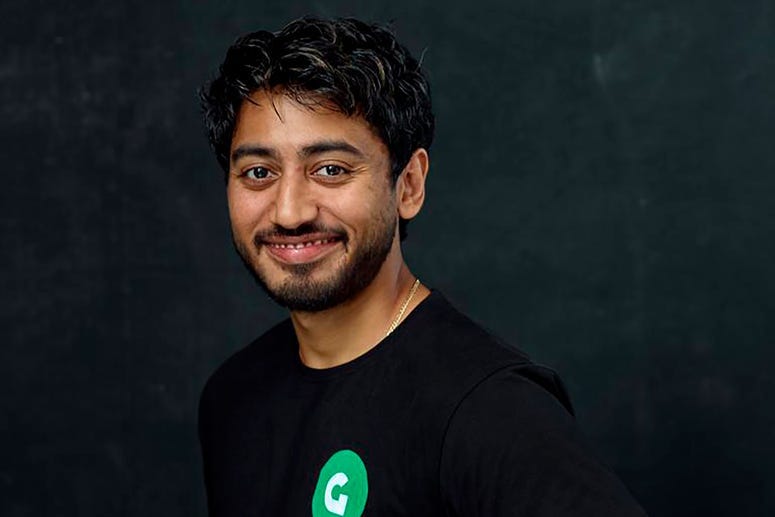 She said her brother had returned from a three-mile run on July 13 when he was “stabbed and dismembered in his apartment.”

Tyrese Haspil, a 21-year-old personal assistant of Fahim Saleh, was charged last month in the tech CEO’s death. Haspil pleaded not guilty and was ordered held without bail.

Officers responding to a 911 call by Saleh’s cousin discovered his clothed torso, bags containing a head and arms and an electric saw in the living room of his apartment on the Lower East Side.

Haspil's attorneys said he has had no prior contact with the criminal justice system and that there “is much more to this narrative” than the accusations and his arrest.