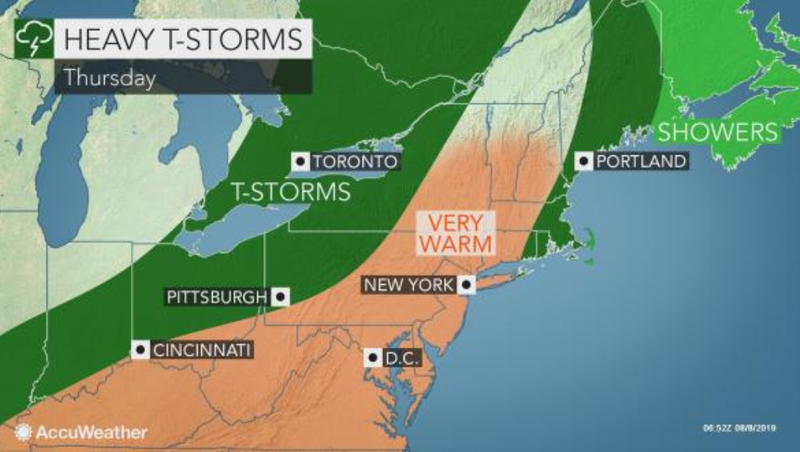 NEW YORK (1010 WINS) -- While Wednesday proved to be a bit dramatic on the weather front -- aside from thunderstorms and flash flooding, a tornado briefly touched down in New Jersey -- things will calm down a bit toward the end of the week, but not before one more thunderstorms passes through the city Thursday.

But first, that tornado: According to the National Weather Service, it had estimated winds of 70 mph, and touched down briefly around 2:47 p.m. near Springfield Avenue and Route 22 in the northern New Jersey town of Springfield.

WARNING: The following video contatins language that some may find offensive

National Weather Service has confirmed with Union County Emergency Management that a brief tornado touched down near Springfield Ave and Route 22 in Springfield, NJ. Radar estimated winds 70 mph with a rating of EF0.

Now for the weather forecast: Thursday will be partly sunny, warm and humid; a thunderstorm moving through the area later in the afternoon and evening. High 86, but AccuWeather RealFeels reach the mid 90s.