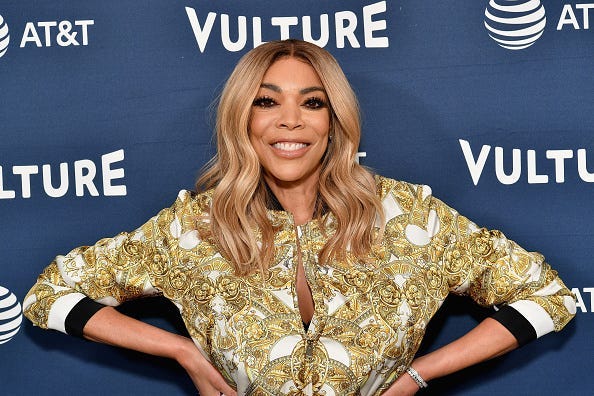 The split of their 22-year marriage follows reports of alleged cheating on his part. There have been rumors, according to Page Six, that Hunter's mistress, Sharina Hudson, gave birth to his babt last month.

Eartlier this year Williams addressed rumors of her marriage's demise, telling her audience, “I’m still very much in love with my husband,” she said. “Don’t ask me about mine.” Pointing to her wedding ring, Williams added, “It ain’t going anywhere. Not in this lifetime.”

Williams and Hunter met at a skating rink in 1994, tied the knot three years later and welcomed their son, 19-year-old Kevin Hunter Jr., in 2000.