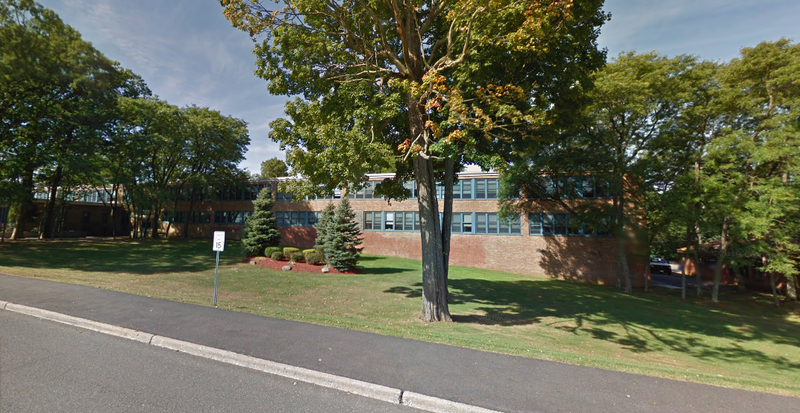 NEW YORK (1010 WINS) -- A Westchester County school district launched an investigation after a high school teacher handed out a document-based question worksheet that included an editorial cartoon comparing law enforcement officers who have killed Black men to slave owners and KKK members who killed Black men in the past, according to a report.

The Westlake High School teacher gave his 11th grade students the handout, which was titled “Origins Of American Society/Conflict/Power,” on Sept. 8, the New York Post reported.

A cartoon on the handout includes five panels, one of which depicts a slave owner kneeling on the neck of a chained Black man. Another panel depicts a KKK member holding a noose around a Black man’s neck.

Two subsequent panels show a modern-day sheriff and a modern-day police officer kneeling on the necks of two Black men. All of the men are saying “I can’t breathe,” as George Floyd and Eric Garner both said moments before they died at the hands of police.

The cartoon was one of several documents included on the handout, images published by the outlet show. Students were asked to describe “the historical context surrounding these documents” as well as “the goals of the Black Lives Matter movement.” They were also asked to “identify and explain the relationship between the events and/or ideas found in these documents,” and say if they agreed or disagreed with the movement.

Westchester County resident Ania Paternostro told the outlet her daughter showed her the handout after receiving it in class.

“I said, ‘What is this?! You’ve got to be kidding me!’” Paternostro told the outlet. “This carton compares the police to the KKK. It’s an attack on the police.”

“We have to respect the men in blue who protect us,” she added. “We don’t need a teacher brainwashing my kids. I’ll teach my kids about what’s right and what’s wrong.”

Paternostro said she reported the handout to the school’s principal, as well as to Mount Pleasant Central School District Superintendent Kurtis Kotes, both of whom declined to provide a comment to the Post.

Kotes, however, wrote a letter to parents at the school saying he had “been advised that one of our High School teachers may have recently conducted a lesson that many have deemed to be highly controversial in the current climate,” the outlet reported.

The school district will be “conducting a thorough investigation to determine what exactly occurred in this particular classroom and what, if any, action is to be taken under the circumstances to appropriately address the matter,” he wrote.

1010 WINS has reached out to the school district for comment.