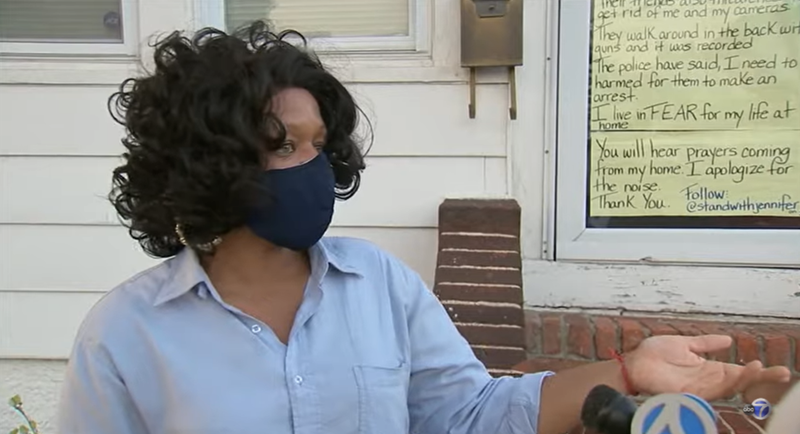 NEW YORK (1010 WINS) -- Officials announced on Monday the arrest of a white couple on Long Island for allegedly harassing their black neighbor by hurling feces and dead squirrels in her yard.

According to Nassau County District Attorney Madeline Singas, 57-year-old John McEneaney, and his 53-year-old girlfriend, Mindy Canarick, are accused of carrying out the attacks on neighbor Jennifer McLeggan from the time she moved into her Valley Stream home in October 2017 until last month.

Last month, McLeggan, a 39-year-old single mother of a 2-year-old daughter, brought attention to the alleged harassment by listing the allegations on a handwritten sign attached to her door and posted it to Instagram.

Jennifer McLeggan, a single mother on Long Island, New York has been the target of ongoing threats and harassment from her racist neighbor for two years since she moved into her suburban home. On Sunday, when Nassau County detectives were investigating, McLeggan said she also has photos of her neighbor with a gun in hand, wearing a black face mask in the middle of the night, sitting in her backyard. Living in fear for her life and that of her child's, she began writing signs in front of her own property, so that people were/are aware of what's going on. She said, "If I die in here, at least cops would see the sign." We stand with Jennifer and against all forms of systemic racism and harassment that affect where we live, and how show up in our communities. We salute those marching for Jennifer and others this week July 13-18. @standwithjennifer @lipeacefulprotest ✊🏾♥️🖤💚 #standwithjennifer #jennifermcleggan #defendblacklives #defendblacklife #racism #harassment #suburban #suburbia #antiblackness