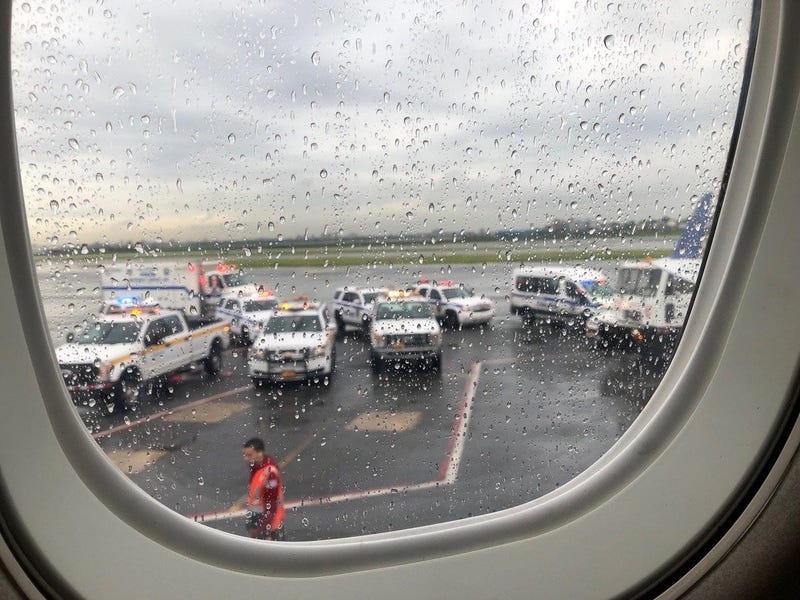 NEW YORK (1010 WINS) -- Passengers on a LaGuardia-bound Delta Airlines flight Friday got the scare of their lives when a 20-year-old female passenger attempted to open the aircraft's front door mid-flight.

"Young woman just tried to jump out of our plane. Couldn’t get door open, of course," tweeted passenger Stacy Herbert, who posted photos of emergency vehicles surrounding the plane. (The aircraft door is designed not to open in mid-flight and the negative pressure will not allow it to open.)

A subsequent read, "A young woman in perhaps her early twenties became suicidal and tried to open the door of plane as we descended into LGA. Her father pulled her from door. She was screaming her head off that she needed to open the door and die."