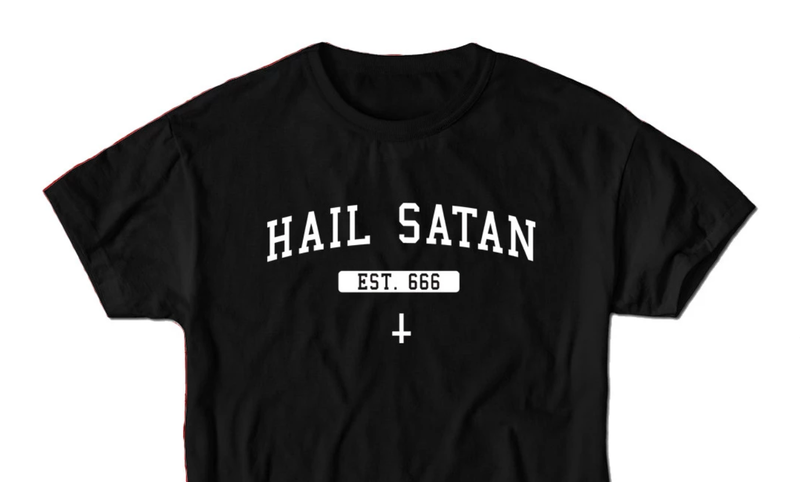 KEY WEST (1010 WINS) – American Airlines is embroiled in controversy after a woman was asked to change her “Hail Satan” shirt or get kicked off a plane.

Swati Runi Goyal, 49, was approached by a member of the flight crew before a trip from Key West to Las Vegas.

The flight attendant asked her to bring her belongings to the front of the plane. Goyal says she thought she and her husband were being upgraded to first class but was shocked to learn the crew was offended by her Satan-themed shirt.

Goyal initially believed it was all a joke but soon realized the flight crew was serious and that she'd be kicked off if she didn't remove the shirt.

She covered up with another shirt and continued on her trip.

But she says she felt humiliated by the ordeal. She said she’s an atheist and a member of the Satanic Temple and that she bought the shirt on the group’s website.

“I’m not goth. I don’t have piercings. I wasn’t wearing a shirt that had a goat being beheaded on it,” Goyal told Buzzfeed. “(I was) wearing L.L.Bean hiking pants and vegan sneakers.”

After Goyal went public with her complaint, the company responded on Twitter, writing they’re trying to work out a resolution to the controversy and that "discrimination has no place at American Airlines."

Discrimination has no place at American Airlines. Please meet us in DMs with your record locator and contact info.