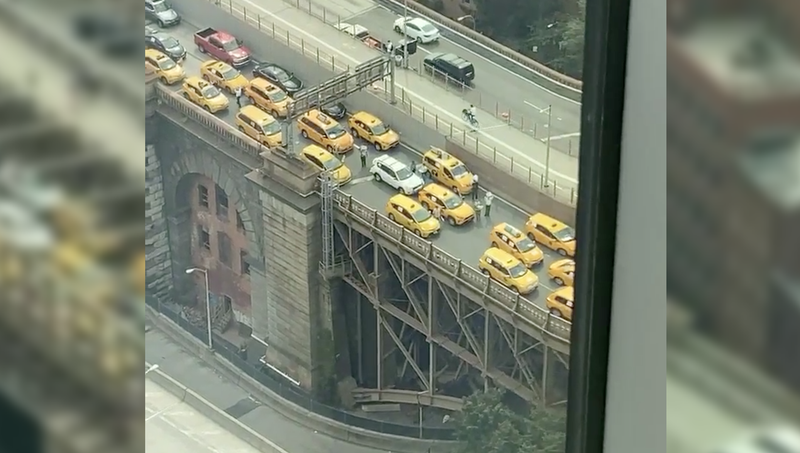 The caravan of yellow taxis put a stop to traffic for several minutes at around 12:40 p.m. on the Manhattan-bound side of the Brooklyn Bridge.

The taxi cab drivers have stopped traffic on the Brooklyn Bridge @GettyImagesNews pic.twitter.com/e6ZIhGu072