"I played baseball for a couple of years, and those years I couldn't wait for the season to be over. But softball, when I practice, I almost never want it to end because I'm having so much fun with my friends," Cayden said.

Cayden Walsh says he wants to play on the same softball team as his triplet sisters -- it's coached by their dad.

The trouble is, Cayden can't play on that team because he's a boy.

He wrote a letter to the Northern Valley League to point out the discrimination, but the recreation commission wouldn't budge.

"I see no reason why boys can't play softball just because they are a different gender," Cayden wrote. "If you ask me that sounds a lot like segregation." 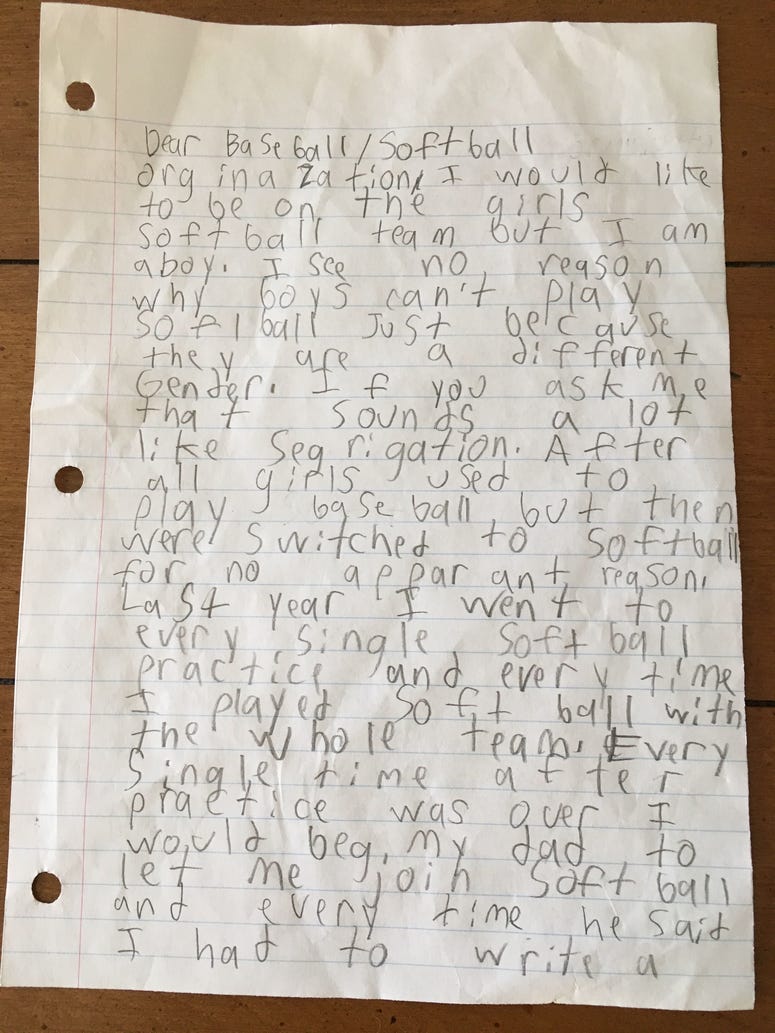 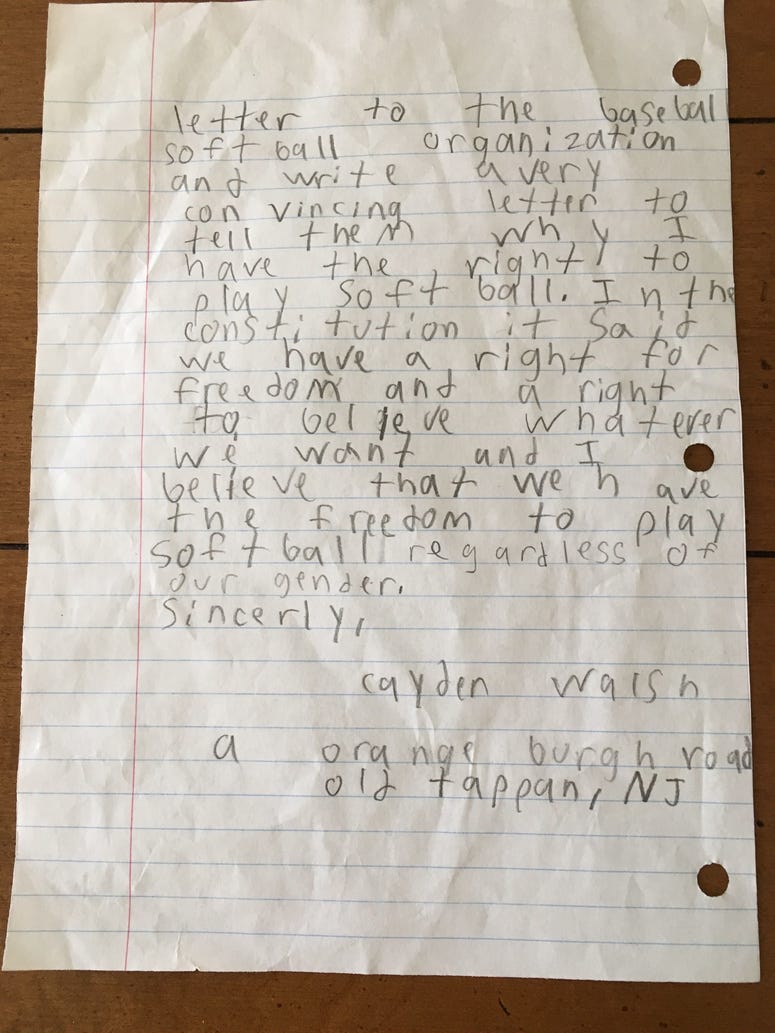 At first, he was allowed to sit on the bench with the team, but was later informed that joining the team on the bench was against the rules.

"Being on the bench at least was a big thing for him, to be a part of the team," said Cayden's mother, Nikki Walsh.

"I don't want to say names; that's not what this is about. But I've been approached by individuals telling me to stop pressing on this or they might take me off coaching," he said.

But, he added, that won't stop him from advocating for his son.

"Years from now I don't want him to look at me and say, 'Hey, remember when I wanted to play softball and you didn't stand up for me?' " he said.

Old Tappan is in the process of forming its own co-ed softball league. In the meantime, the recreation commission is trying to line-up non-league games for Cayden to play in.