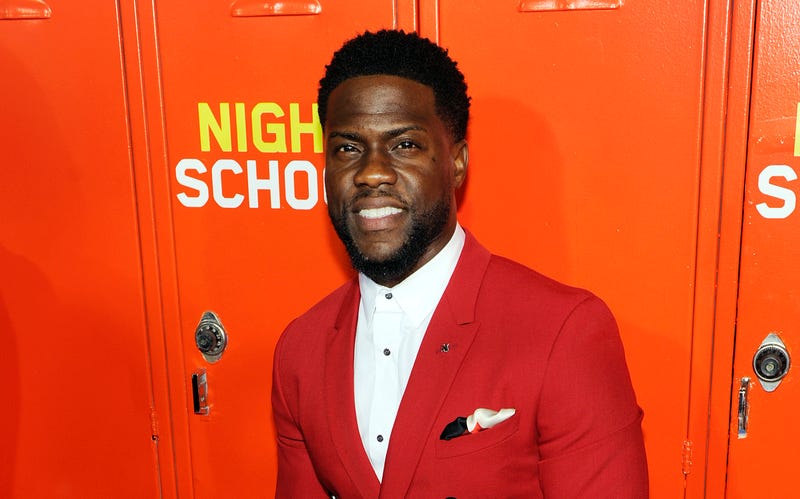 The satellite radio company announced on Wednesday the launch of Hart’s “Inside Jokes with Kevin Hart” along with two other original programs. He will host the series premiere with Seinfeld’s guest appearance on the Laugh Out Loud Radio channel on Wednesday at 8 p.m. EST.

On “Inside Jokes,” Hart will interview top comedians and rising stars. The superstar comedian-actor will chronicle their comedy club experiences and touch on “never-before-heard” stories.

“I’m sitting down with some of the best voices in comedy to give my listeners the stories behind the jokes they hear on stage,” Hart said in a statement. “Comedians have been through it all, and I’m excited that I’ll be digging deep into the lives of my peers for my first podcast.”

In addition to “Inside Jokes,” Hart’s Laugh Out Loud will air two new shows, “Date Night with Chris and Vanessa” on Fridays and “The Ladies Room with Jazzy” on Mondays and Wednesdays. Both shows are launching this week.

Last year, SiriusXM announced a new multi-platform deal with Hart and his comedy network Laugh Out Loud. Along with his channel, Laugh Out Loud Radio, he’s expected to expand additional comedic programming that includes radio shows, podcasts and on-demand video.

Hart said the deal with SiriusXM will give him more creative control. He launched LOL three years ago. His radio show “Straight from the Hart” premiered on his channel in 2018.

Scott Greenstein, SiriusXM’s president and CCO, said he is excited about Hart’s “Inside Jokes” podcast and new shows as “we continue to collaborate with Laugh Out Loud to shape Kevin’s channel into the pinnacle of diverse comedy programming in audio entertainment."