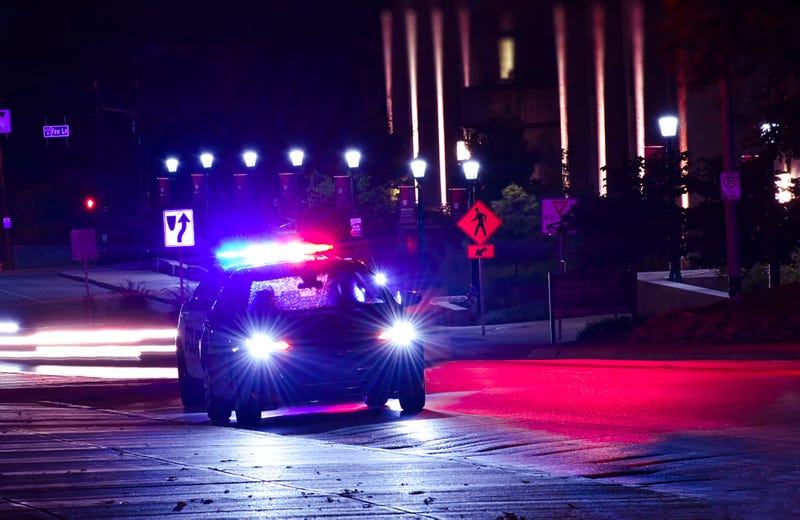 A large protest in downtown Phoenix over the death of Minnesota man George Floyd resulted in multiple arrests on Thursday night.

What started as a peaceful protest escalated as tensions rose throughout the evening.

A group of protesters arrived at the state capitol and attempted to enter the closed building.

There was damage to at least five police vehicles, several bus stops and to windows of Phoenix Police Department headquarters.

Two police officers were taken to the hospital with “heat-related complications” and later released.

Floyd’s death while in the custody of Minneapolis police has sparked protests in Minneapolis and across the country.

On Friday, Derek Chauvin, the officer who appears to kneel his full weight on Floyd's neck while he begged for help, gasping that he couldn't breathe, was charged with 3rd Degree Murder and Manslaughter.