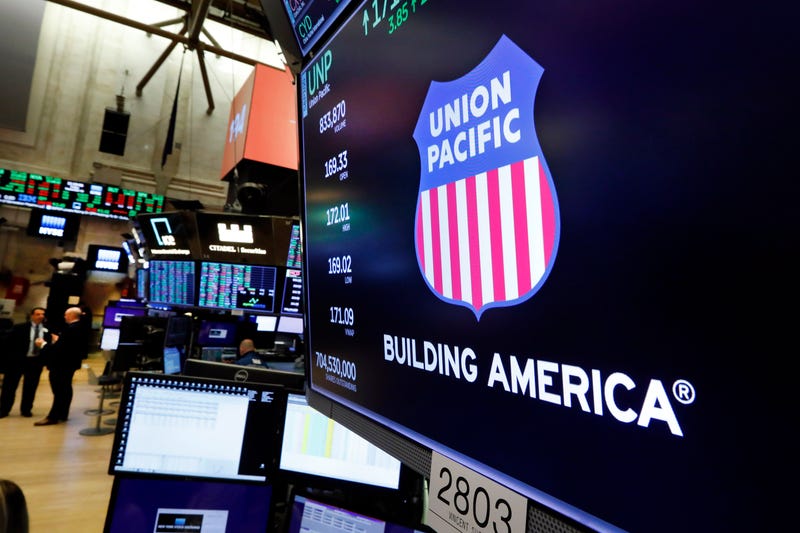 OMAHA, Neb. (AP) — Union Pacific's profit and revenue slumped by double digits, though the volume of shipments it handled rebounded from the previous quarter as the economy emerged from the worst of the virus-related shutdowns earlier this year.

The railroad earned $1.36 billion, or $2.01 per share in the third quarter, down 12% from $1.56 billion, or $2.22 per share, a year ago. The per-share earnings from the most recent quarter were 2 cents short of Wall Street expectations, according to a survey of analysts by Zacks Investment Research.

Volume fell 4% compared with last year, but that was a significant improvement over the second quarter when volume plunged 20% as factories and businesses shut down with COVID-19 infections spreading in the U.S.

Union Pacific CEO Lance Fritz said the industrial economy remains weak and conditions vary widely across all the different businesses the railroad serves, yet generally the economy is improving. But he said it's hard to predict the pace of recovery because of the ongoing coronavirus outbreak.

“It’s all going to be predicated on how we are handling the COVID pandemic and building confidence in consumers that they can quote-unquote ‘Get back to normal,” Fritz said.

Union Pacific cut its expenses 12% to $2.89 billion during the quarter. Edward Jones analyst Jeff Windau said even though costs were down, the railroad's results were hurt by some unusual expenses, including severance pay and higher state and local taxes. But he said things are looking up heading into the rest of the year.

Volume is up 4% so far in the fourth quarter, and Union Pacific expects that to end up in the low single-digit percentage range. Consumer demand remains strong and online shopping continues growing, which boosts shipments of containers of imported goods. Grain exports are also improving thanks to strong demand from China.

Elements of this story were generated by Automated Insights (http://automatedinsights.com/ap) using data from Zacks Investment Research. Access a Zacks stock report on UNP at https://www.zacks.com/ap/UNP