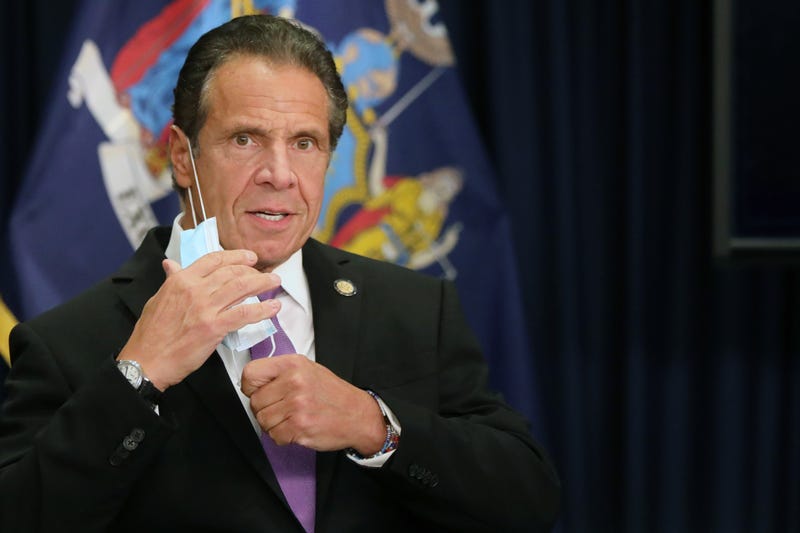 The governor was set to get a $25,000 pay raise by law in January, which would have brought his salary to $250,000—making him the highest-paid governor in the nation.

A state panel, the Commission on Legislative, Judicial, & Executive Compensation, issued a report this week saying Cuomo, members of the state Legislature and judges should not receive raises over the next four years because of the state’s ballooning $14 billion budget deficit.

The decision by the panel didn’t apply to Cuomo's January pay raise, according to the Democrat and Chronicle, but the governor said he would give up his raise and also ask other top state officials, including Lt. Gov. Kathy Hochul, Attorney General Letitia James, Comptroller Thomas DiNapoli and agency commissioners to do the same.

“The way it works I think is a little complicated. The judges and the legislators don’t get a legal raise. Technically, the four statewides do and the commissioners do. I’m going to ask them to defer their raises and not take a raise given the overall financial picture,” Cuomo said at his briefing Wednesday.

“I’m going to ask the commissioners, myself the other electeds not to take a raise this year,” Cuomo added. “And then I’ll do an (executive order) to that effect, because it's the same rationale as not giving a raise to the other people.”

New York state faces revenue shortfalls of $59 billion through 2022, according to the Wall Street Journal.