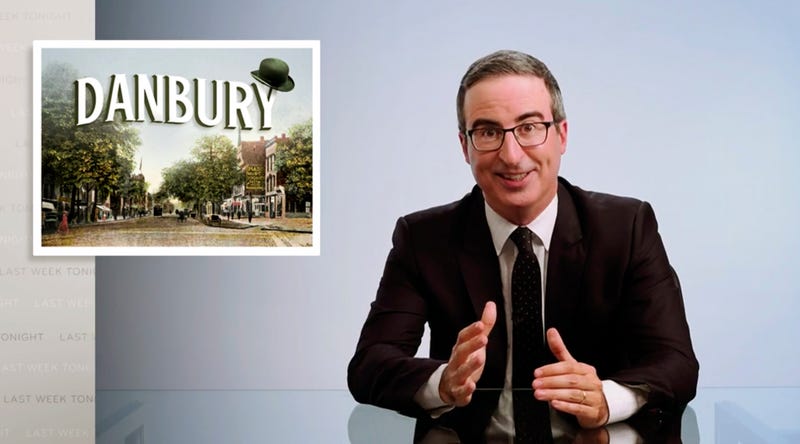 DANBURY, Conn. (1010 WINS) -- John Oliver will visit Danbury, where officials recently voted to rename a sewage plant after him.

Mayor Mark Boughton said at a Chamber of Commerce meeting Thursday that the comedian agreed to come to the city, likely for a ribbon-cutting ceremony at his namesake plant.

“We’re still working out the details on that to cut the ribbon on the John Oliver Memorial Sewer Plant, which we renamed last week,” Boughton said, according to the Connecticut Post.

The City Council voted 18-1 last Thursday to rename the plant after the comedian, who began a tongue-in-cheek battle with Danbury when he went on an expletive-filled rant against the city on HBO's “Last Week Tonight with John Oliver” in August.

Boughton didn't waste any time responding on social media. He posted a video of himself at the sewage plant saying the city was going to name it after Oliver.

“Why?” Boughton asked. "Because it’s full of crap just like you, John.”

That drew a delighted response from Oliver, but he went off against the city again because Boughton later said he was just joking.

Oliver upped the stakes on his Aug. 30 show by offering to donate $55,000 to local charities if Danbury actually followed through with renaming the plant.

“I didn’t know that I wanted my name on your (expletive) factory but now that you floated it as an option, it is all that I want,” Oliver said.