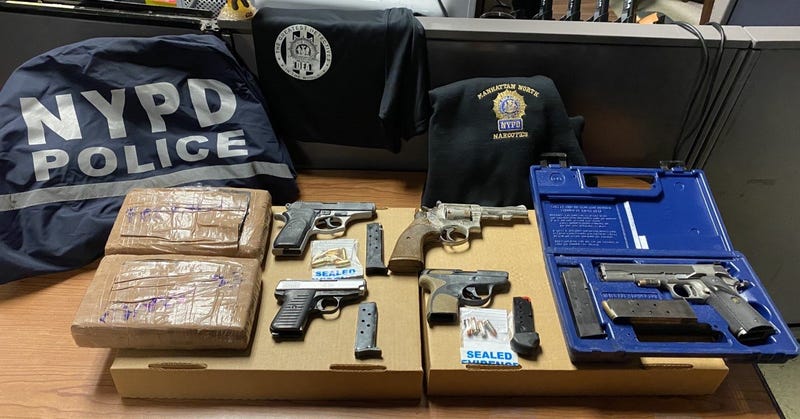 From November 2019 through last month, the men allegedly distributed drugs in Harlem around Adam Clayton Powell Jr. Boulevard between approximately 120th Street and 123rd Street, according to an indictment from the United States Attorney’s Office for the Southern District of New York.

The arrests were made as part of Operation Harlem Heat and involved officers from the NYPD’s narcotics, vice and gang units, and Homeland Security Investigations, police sources said. The takedown, which included searches and arrests, happened Wednesday morning.

“As alleged in the Indictment, the defendants were responsible for selling large amounts of crack cocaine in Manhattan,” Acting Manhattan US Attorney Audrey Strauss said. “Thanks to the extraordinary work of our partners at NYPD and HSI, the defendants now face federal charges for their crimes.”

Authorities also charged one member of the ring in a gunpoint robbery of a person who was attempting to buy narcotics and a gun on Nov. 3.

Yesterday, members of Manhattan North Narcotics and our federal partners executed numerous search warrants. They recovered 5 illegal firearms, a large quantity of narcotics and apprehended ten subjects of the investigation. Keep up the great work and stay safe! pic.twitter.com/pF1KOdjPKU

The men remain in the custody of the U.S. Marshalls Service.