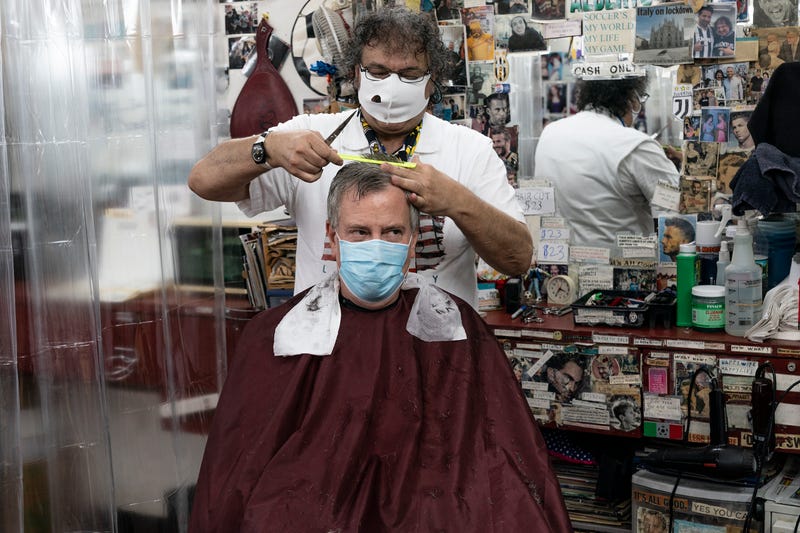 “After hearing the horrible news, the Mayor visited his friends at Astor Place Hair on Saturday," a de Blasio spokesperson said. "They are a true New York City small business institution and we hope for a positive path forward."

As 1010 WINS reported earlier Saturday, the shop's owners let workers know on Friday that they expect to close for good next month.

“Barring a miracle, even if they cut the rent by two-thirds, I don’t think we would make it,” owner John Vezza told 1010 WINS.

Vezza said the closure will leave over three dozen hairstylists out of work.

“These people that have been here for, you know, 30 years. They worked hard for us every day, bad weather,” Vezza said. “It was gun-wrenching to tell them we can’t make it anymore. It was one of the worst things we’ve ever had to do.”

Vezza said that even though the basement shop was allowed to reopen, business has been slow and many stores around it have already closed due to COVID.

“We can’t just get the customers to come—who lost their job, who’s working from home, who moved, who’s afraid,” Vezza said. “Business is down 70% and we just... the money doesn’t come in quick enough to cover the expenses.”

Vezza said he will try to hang on, but barring a miracle, the shop will give its last cut before Thanksgiving.