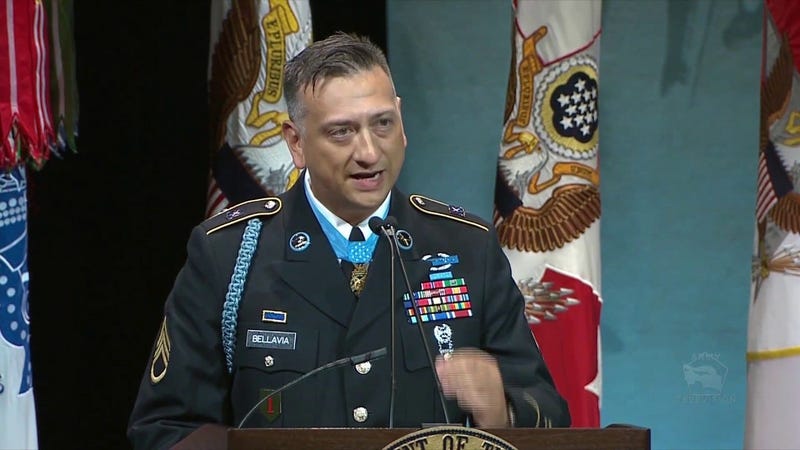 BUFFALO (WBEN) - On early Wednesday morning, Iran struck back at the United States in retaliation of the strike that killed one of the country's top generals - Qassem Soleimani.

Iran confirmed that they fired barrage missiles at two Iraqi military bases that house American troops in what the Iranian supreme leader said was a “slap” against America's military presence in the region.

The retaliatory move is another dangerous escalation that could draw the region deeper into turmoil, despite insistence by Washington and Tehran that neither side wants war. U.S. and Iraqi officials said there were no casualties among their forces.

In an interview with WBEN's Tim Wenger, Staff Sgt. and Medal of Honor recipient David Bellavia says if that retaliation attack is the best Iran has to offer, then he's not impressed.

"Quite frankly, if this was the audition for Iranian superpower status, this was wildly embarrassing," he said. "There were 15 cruise missiles launched - 11 hit the ground, four of them didn't even land in a grid square of where they were aiming, and that guidance system, if these things are GPS located, it was just an embarrassment."

A speech by Bellavia delivered several months ago went viral on social media on Wednesday:

"We will not be intimidated. We will not back down. We’ve seen war. We don’t want war, but if you want a war with the United States of America, there is one thing I can promise you, so help me God: someone else will raise your sons and daughters." - Staff Sgt. David G. Bellavia pic.twitter.com/2liRsjxrGd

Bellavia discussed that portion of the speech and further explained its meaning.

"It certainly wasn't intended to be a sabre-rattling to say, 'Let's go throw a country against the wall because we're America,' it was meant to say that veterans are anti-war individuals - we're professionals, we don't want this," he said. "We don't want to be away from our families, and we certainly don't want to go through the hardship of gunfire and conflict.

"That being said, there is a reason why we chose to do it, and we have to respect our professionalism and lethality," Bellavia continued. "We're just simply not going to live in a world where countries can intimidate or threaten us, and just know when you make that commitment, when you sign the dotted line and say, 'I want this fight with the United States,' there needs to be a plan because you're not coming home. You're not going to survive it; it's a one-way ticket, and I think the more folks that realize that there is no hope in winning a conventional fight against us, hopefully that deters more people to try it. By being robust and elite, maybe we can stop future conflicts."

Bellavia was also asked about the possibility of peace in the Middle East - a war-torn region that always seems to be at odds. Bellavia noted that he's a Bills, which means he inherently possesses a sense of optimism, regardless of how misplaced it may be.

"The people have had enough, and I believe that when you look at the Arab Uprising, you look at the food riots that were occurring in 2005, 2006 and 2007, all across that region, people in the Middle East are tired of insecurity, they're tired of having their governments and their dictators steal from them, and they're tired of losing a generation of young men in bloodshed that they don't understand," he said. "I always think there's hope, and I always think there's an opportunity where our kids and their kids are going to be able to live in peace."