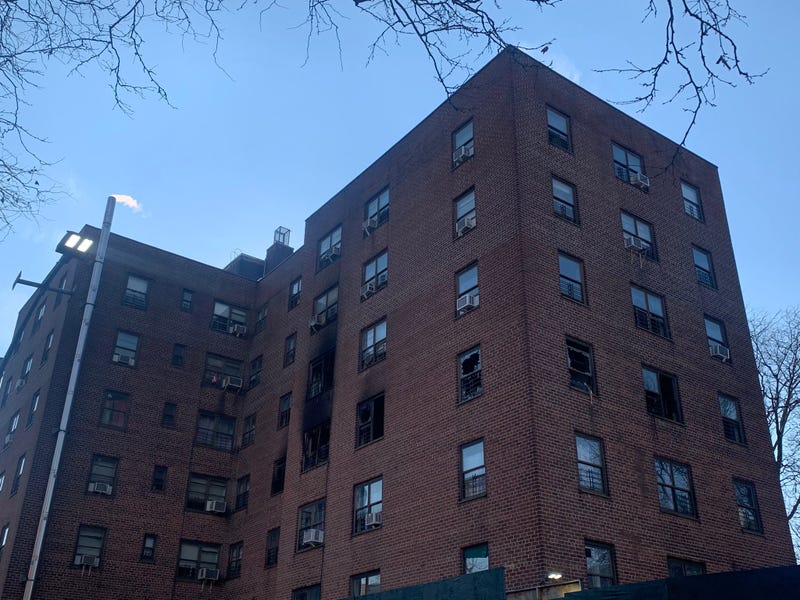 NEW YORK (1010 WINS) -- FDNY officials determined that an electric scooter sparked a Bronx fire on Tuesday that left a 4-year-old boy and his family critically injured.

The FDNY said Wednesday that the blaze was caused by a lithium-ion battery inside the electric scooter located in the living room of the family's apartment in the Soundview section.

Per FDNY Fire Marshals: Cause of yesterday’s all-hands fire at 1720 Watson Ave. in the Bronx was accidental, electrical (lithium ion battery from an electric scooter stored in the living room). Smoke alarm not operational in fire apartment. pic.twitter.com/DN1TMOo63L

A smoke alarm was not operational inside the apartment, fire marshals also determined.

The fire tore through an apartment building inside a Sotomayor Houses at 1720 Watson Ave Bronx on Tuesday morning, leaving several people calling for help from inside the building as heavy smoke and flames billowed through the windows, the FDNY said.

The fire injured twelve people. Four were hospitalized in critical condition including a 4-year-old boy.

Eight others were treated for less serious injuries, the department said.

The fire was officially deemed accidental.