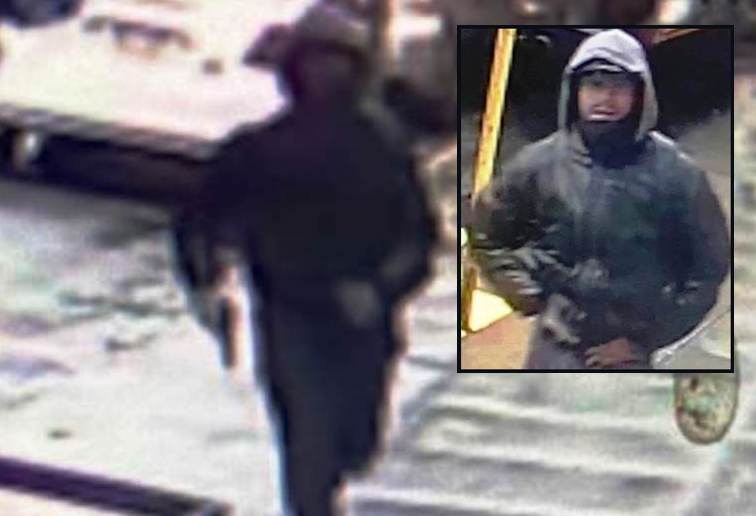 NEW YORK (1010 WINS) -- A food deliveryman armed with a bike chain scared off a gun-wielding robber in the Bronx, police said.

The 31-year-old deliveryman was making a delivery on E. 151st Street in the South Bronx on the afternoon of Oct. 16 when the would-be robber came up to him and pulled a gun.

According to police, the suspect pushed the weapon to the deliveryman’s waist while saying, “Get out of here before I shoot you. Leave the bike and the food.”

The gunman then hit the deliveryman with the gun, causing him to fall off his bike to the ground, police said.

That’s when the deliveryman grabbed his anti-theft bike chain and started swinging it at the suspect, police said.

The suspect ran off down Courtland Avenue empty-handed, according to police.

The deliveryman suffered minor injuries. He was taken by EMS to Lincoln Hospital, where he was treated and released.

The NYPD released new surveillance video of the suspect on Sunday.

sports
Turf toe may be bigger issue for Patrick Mahomes, who will see specialist after season: report
news
US passes 25 million confirmed cases of COVID-19
music
Eva Mendes takes break from social media: 'My little one told me I was on the phone too much’
sports
Eric Bieniemy, Leslie Frazier to have second interviews with Texans: report
news
Mom of 10 kids dies from COVID: ‘Her world circulated around her children’
news
Authorities investigating after patient dies hours after getting COVID-19 vaccine