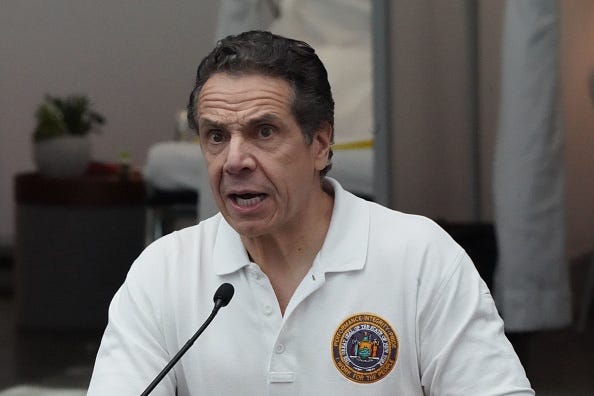 NEW YORK (AP) — A Brooklyn synagogue should be investigated over reports that it hosted a secret wedding with thousands of unmasked guests earlier this month, New York Gov. Andrew Cuomo said Sunday.

“If that happened, it was a blatant disregard of the law,” Cuomo said during a briefing in New York City. “It’s illegal. It was also disrespectful of the people of New York.”

The New York Post reported that guests, mostly unmasked, crammed inside the Yetev Lev temple in Williamsburg for the Nov. 8 wedding of Yoel Teitelbaum, a grandson of Satmar Grand Rabbi Aaron Teitelman, in blatant violation of coronavirus restrictions that ban large indoor gatherings. The synagogue has a capacity of 7,000 people.

“If it turns out that because we stopped that wedding the reaction was, ‘Well we’ll have a secret wedding,’ that would be really shocking and totally deceitful,” Cuomo said. “It’s illegal and the city should do a robust investigation,” he added.

“The city is conducting an investigation into the incident and will hold those accountable to the fullest extent of the law,” spokesperson Avery Cohen said.

Businesses and houses of worship that flout bans on large gatherings risk fines of $15,000.

A man who answered the phone at the Yetev Lev synagogue on Sunday said officials there had no comment.

Compliance with coronavirus restrictions in some of New York’s Orthodox Jewish communities has been an issue since the pandemic started last spring.

Protests erupted in the Borough Park section of Brooklyn last month after Cuomo announced a crackdown in several Orthodox neighborhoods as virus cases increased. Many members of Orthodox communities complained that they were being singled out.

Cuomo and de Blasio have warned all New Yorkers that even small gatherings during the holidays could fuel a spike in coronavirus infections.

“The problem is that this is a dangerous period because you have increased social activity by definition,” Cuomo said.