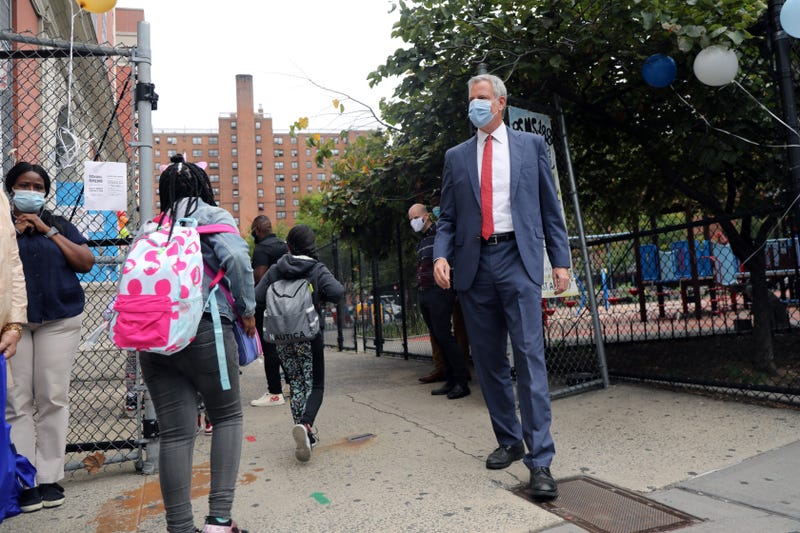 The percentage of city residents who tested positive on a seven-day average was 2.6% on Thursday and has seen “growth” in recent weeks, the mayor warned at his daily briefing.

Asked if schools would close should that figure hit 3%, de Blasio said, “Yes.”

“If any day we see in the morning the indicators come out and they’ve reached that level, then we will move immediately. The next day schools will be shut down,” the mayor added.

De Blasio pointed out that few students and teachers have tested positive for COVID since schools reopened in September and early October and that any closure would be "out of an abundance of caution to really protect our school communities and so that people could come back with confidence."

"What everyone has done has really exceeded all of our expectations," the mayor said of school communities. "But we put a standard out to say to everyone, 'We'll have your back. We're going to do this in a very rigorous fashion.' We need to stick to that standard. But again, if—if—we get to the point that we have to close, that is for a limited period of time by definition."

The number of reported COVID cases on a seven-day average also continued its increase to 870 cases on Thursday—well above the city benchmark of 550 cases. De Blasio called the rise a “cause for real concern.”

The daily number of patients admitted to city hospitals with suspected COVID was 100—below the threshold of 200. The positivity rate for those patients was 36.19%. De Blasio said the "positivity level has gone up" and "is something we’re watching carefully."

At his briefing Thursday, de Blasio also went through new "yellow zone" restrictions that take effect in a swath of Staten Island on Friday. Gov. Andrew Cuomo announced the restrictions on Wednesday. 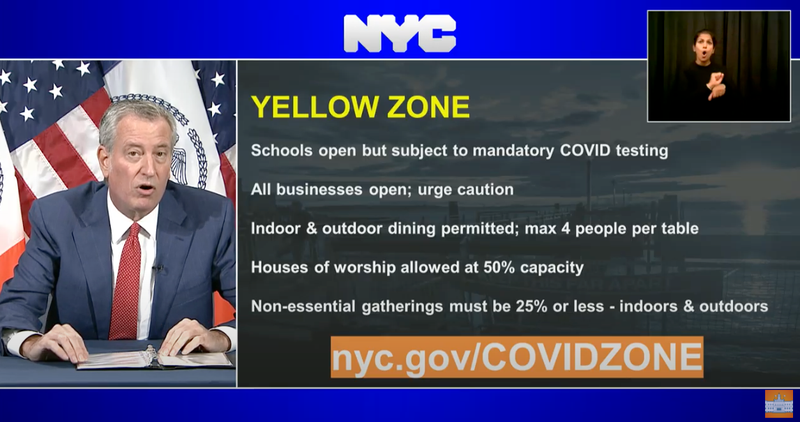 De Blasio said that in addition to the restrictions, a "huge outreach effort" was underway on Staten Island and that he was hopeful the borough could push down its COVID numbers, as hotspots in Brooklyn and Queens did earlier this fall. 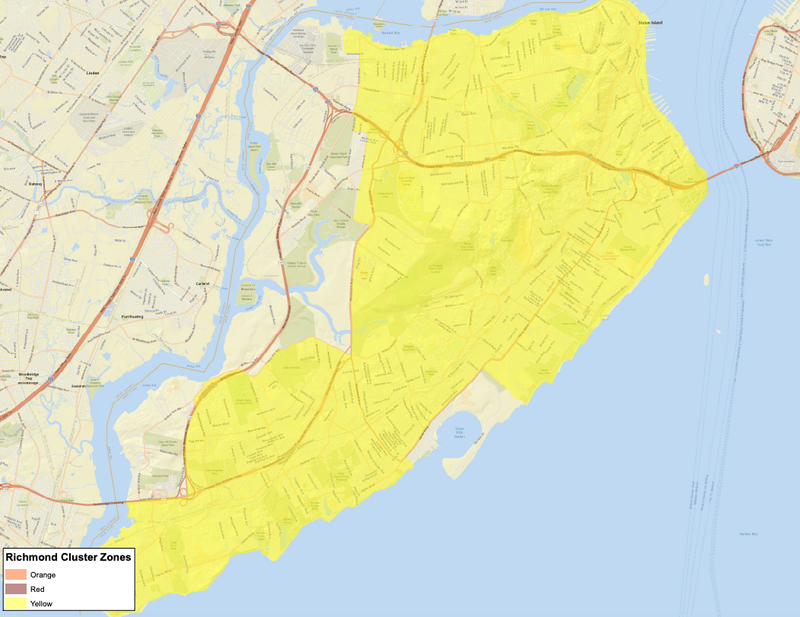