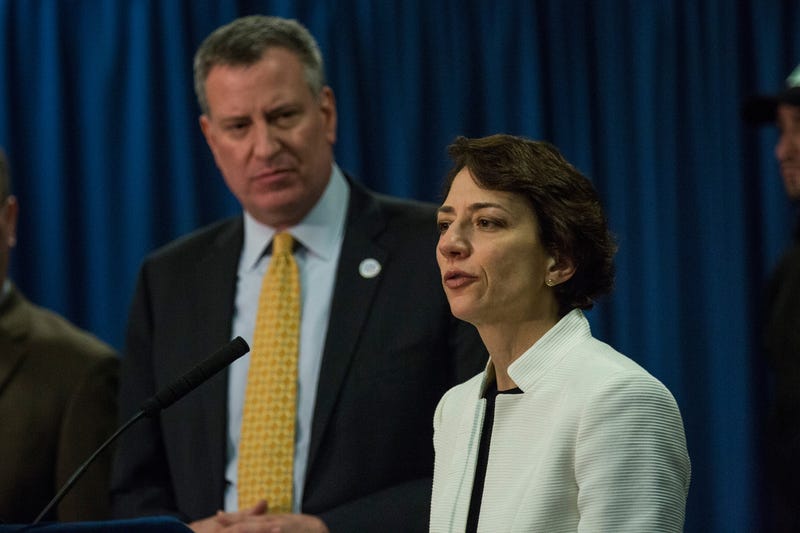 Trottenberg, the DOT’s longest-serving commissioner, was recently tapped to advise President-elect Joe Biden and Vice President-elect Kamala Harris on transportation-related issues during their transition to the White House.

The advisory role, however, is a voluntary one; Trottenberg has yet to announce “new employment,” de Blasio noted in a press release.

“We all owe Polly Trottenberg a debt of gratitude for her incredible service to New York City,” he said in a statement. “She is a tireless and talented public servant who has made our city safer, fairer and more accessible.”

“I’m proud to have worked so closely with her, and I wish her all the best in whatever comes next,” he added.

When Polly Trottenberg leaves City Hall next month, she’ll leave behind a city that is safer, fairer and more accessible. For that alone, we owe her a huge debt of gratitude.

Polly is a tireless public servant and I thank her on behalf of the city she so dutifully served. pic.twitter.com/3VoeWtguAG

In addition to overseeing initiatives including the “Open Streets” and “Open Restaurants” programs throughout the COVID-19 pandemic, Trottenberg — who was appointed commissioner in January 2014 — led the city’s “Vision Zero” initiative, as well as its protected bicycle lane expansion, the release said.

She also helmed the city’s “Better Buses” plan, which has rolled out 64 miles of dedicated bus lanes since 2014, the release noted.

In her own statement, Trottenberg said she would “always be grateful to Mayor de Blasio for the incredible opportunity to serve the city I love so much, and especially for the chance to lead the 5,800 dedicated public servants at DOT.”

“I have been honored to work with them and see the passion, creativity and dedication they bring every day to serving New Yorkers, especially during the pandemic of the last eight months,” she added. “For now, I just say thank you, one and all.”