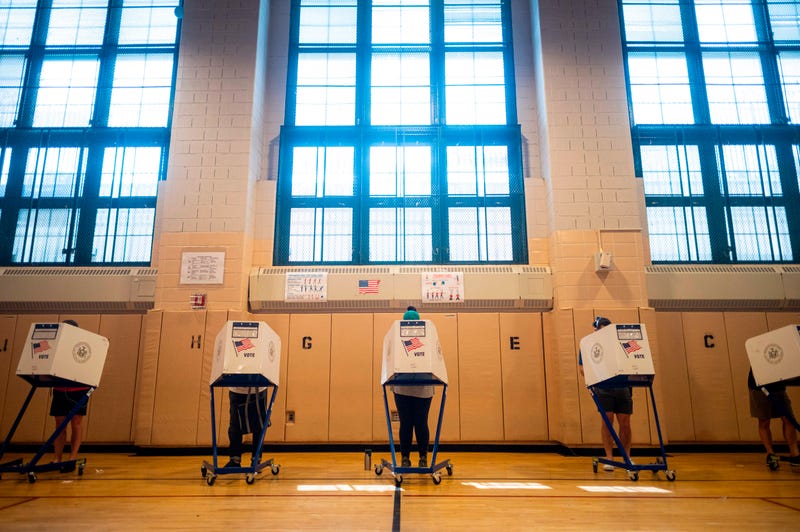 NEW YORK (1010 WINS) -- A team of volunteers will monitor polling sites across New York City on Election Day to ensure voters are not being intimidated or harassed, Mayor Bill de Blasio said Friday.

Members of the Election Observers Corps, which will comprise lawyers, city officials and other volunteers, will serve as “non-partisan observers” outside polling places throughout the five boroughs, de Blasio said in a press release on Friday afternoon.

Volunteers will report incidents of voter intimidation, suppression and harassment to a “group of central staff,” who will share those reports with the New York State Attorney General’s Office, law enforcement officials and the Board of Elections, the release said. They will also direct New Yorkers to voter assistance hotlines as needed.

In an appearance on MSNBC's "Morning Joe" on Friday morning, de Blasio described the initiative as a "voter protection program."

“Clearly President Trump has tried to discourage people from voting, suggested the election results will not be legitimate,” he said. “Some of his followers clearly have been practicing intimidation tactics around this country.”

"On Election Day, we’re going to have hundreds of lawyers, city officials, volunteers all out there protecting the vote,” he added. “And we know where this is going to be targeted. It’s where it’s always been targeted: in lower-income communities, in immigrant communities where people of color live.”

Volunteers will be trained by the city’s Law Department, as well as DNYC, the press release noted.