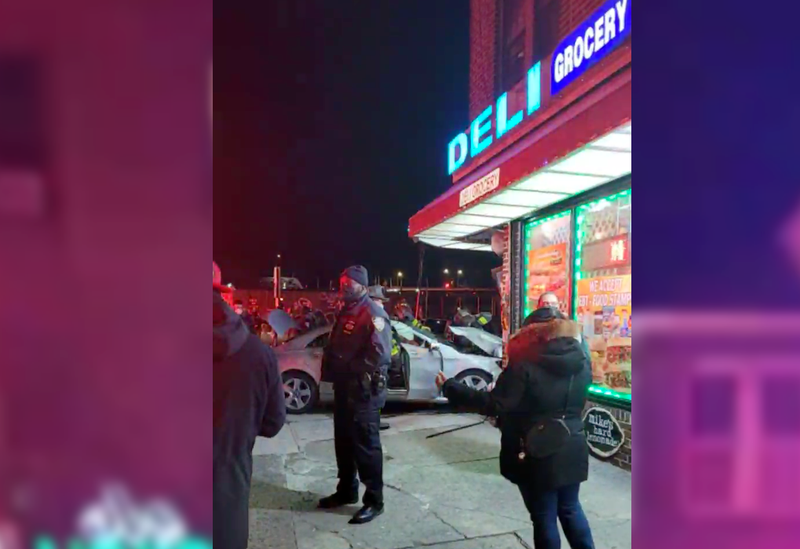 NEW YORK (1010 WINS) – Three women were arrested after a fight at a Bronx deli ended with one of them crashing a car into the store, police said.

Two pairs of women got into a fight at the deli at White Plains Road and Guerlain Street in Parkchester around 6 p.m. Saturday, police told WCBS-TV.

As the fight continued outside the bodega, two of the women got into a car and tried to slam into the other women, police said.

Citizen App video shows a sedan smashed up against the front entrance of the store around 6 p.m.

“Everybody was scared,” one witness told WCBS. “Everybody jumped out of nowhere, like, ‘What’s going on?’”

Four people reportedly suffered minor injuries. WABC reported that two women and a person inside the store were taken to a hospital.

Three of the four women involved in the fight were arrested, according to police.