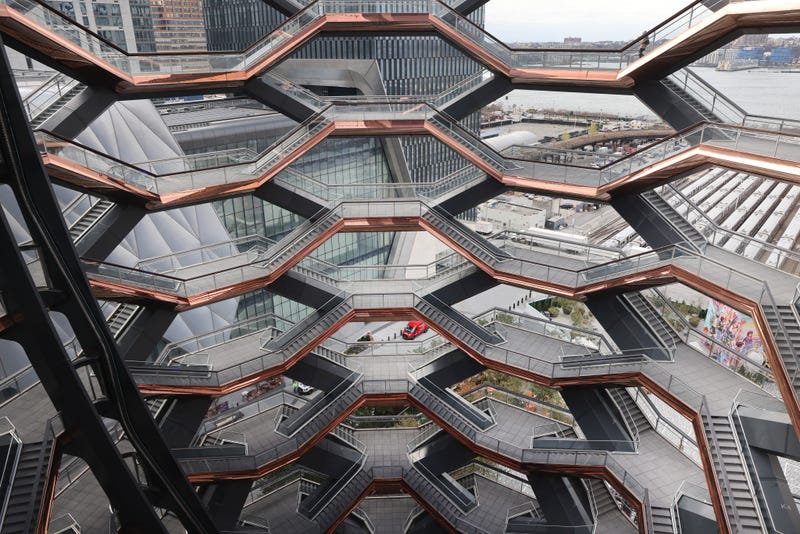 NEW YORK (1010 WINS) -- The Vessel at Hudson Yards reportedly closed to visitors “until further notice” on Tuesday after a third person died after jumping from the public art structure.

Lowell Kern, who chairs the community board that represents the neighborhood, told the Times a Related Companies representative told him the Vessel would remain closed “until further notice.”

The representative also told Kern the company plans to take preventive measures to keep others from dying by suicide at the structure, the outlet reported.

The 21-year-old man’s death on Monday marked the Vessel’s third suicide in less than a year.

A 24-year-old woman from Brooklyn died after she jumped from the structure in December, and a 19-year-old man from New Jersey died by suicide at the site last February.

The community board asked Related Companies to enact safety measures at the Vessel after the 19-year-old’s death, but the developer failed to do so, the Times reported.

Kern and other board members want to see the developer raise the height of the structure’s barriers, he told the outlet.

“After three suicides, at what point does the artistic vision take a back seat to safety?” he asked.