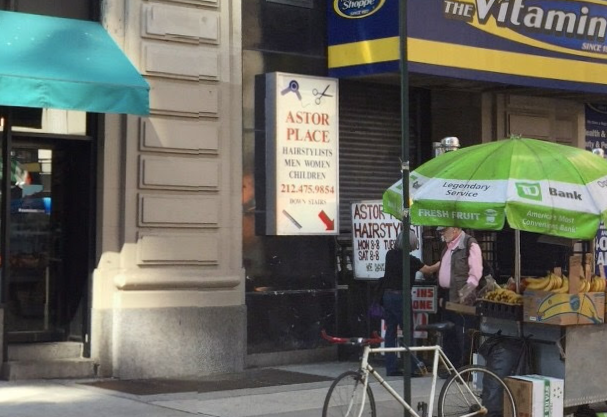 NEW YORK (1010 WINS) -- A decades-old barbershop has narrowly staved off a pandemic-related closure thanks to a bevy of wealthy investors, according to a report.

Astor Place Hairstylists in the East Village was set to shutter on Nov. 25 due to COVID-19-related financial hardships, its owners wrote on Instagram.

The investors will infuse enough money into the business to keep it open for "at least another 75 years,” Trichter told the outlet, adding that the shop would “continue to be a global arbiter of style and chic.”

“I’ve been going to Astor since I had a full head of hair, and I’m happy to help an institution that has meant so much to me and this city,” Wolfson said to the outlet.

Barbershop co-manager Paul Vezza, the grandson of its founder, Enrico Vezza Sr., said he was “glad for the people working here,” the outlet reported.

“We were going to close this week. This was an 11th-hour save,” he said. “Better days are ahead.”