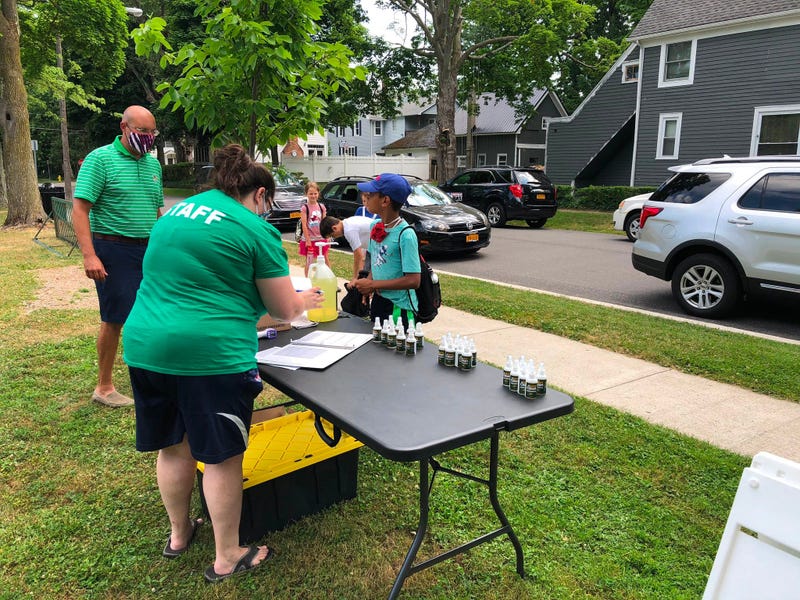 Photo credit Kids sanitize their hands and undergo a temperature check before beginning summer youth camp in the Village of Hamburg. July 6, 2020 (WBEN Photo/Mike Baggerman)
By A New Morning with Susan Rose and Brian Mazurowski WBEN

(WBEN) - A report this week from the American Academy of Pediatrics and Children’s Hospital Association says that nearly 100,000 children tested positive for COVID-19 in the last two weeks of July.

According to the report, 97,078 kids tested positive for coronavirus between July 16 and July 30, meaning the number of positive tests in children increased 40% at a time when many are weighing the return to in-person schools.

But do the numbers represent a spike, or something that has just flown under the radar?

"Certain individuals have had this wishful thinking that children were immune... we've known for a long time that children can get infected," said Dr. Tom Russo, Chief of Infectious Disease at the Jacobs School of medicine. "They just started looking. The reason this wishful thinking developed was because children for the most part are asymptomatic or minimally symptomatic, so they weren't being tested and were flying under the radar."

Russo said the "spike" is likely a testing abnormality, but tells us much of the same information we have known all along. Children can be infected and spread Coronavirus, but rarely show major signs of symptoms.