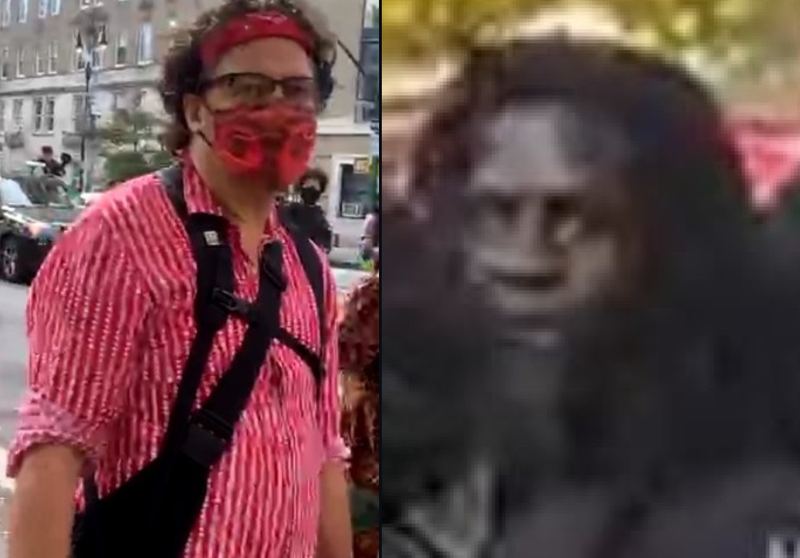 NEW YORK (1010 WINS) -- A man who was walking his dog near Central Park on Saturday afternoon was surrounded by a group of protesters, who beat and stomped on him, police said.

The 40-year-old man was walking with his dog near Central Park West and W. 67th Street on the Upper West Side around 3:20 p.m. at the time.

Police said the man “engaged the group of protesters in conversation” as they surrounded him.

It’s unclear what was discussed or what the group was protesting, but one of the protesters punched the man in the head and pushed him to the ground, police said.

While the man was on the ground, two other protesters then punched and stomped on him, police said.

A person in the group then tried to steal the man’s cellphone from his hands, police said.

After the attack, the group continued with their protest, according to police.

The man and his dog both suffered minor injuries. The man refused medical attention at the scene.

The NYPD released surveillance images of two of the suspects on Sunday.