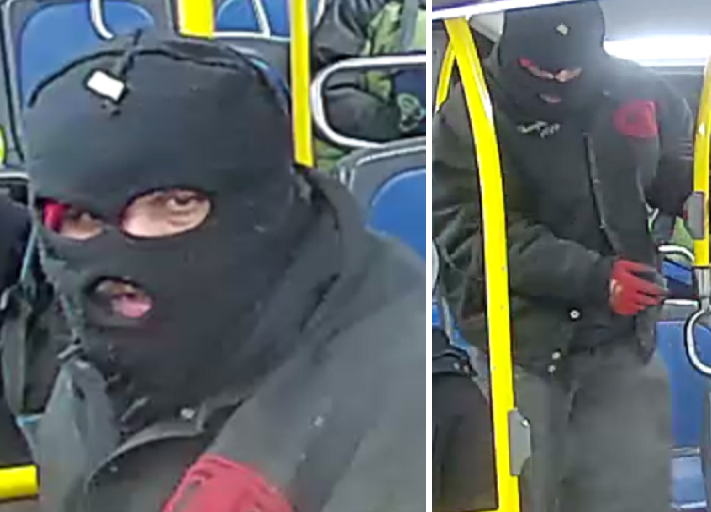 NEW YORK (1010 WINS) – A man in a ski mask followed a subway rider at a Bronx station before punching and slashing him, police said.

The NYPD released surveillance images Sunday of the man they’re searching for in the Feb. 12 attack.

Police said the attacker followed a 49-year-old man inside the Morrison Avenue–Soundview station in the Soundview section around 5:45 a.m.

He tailed the man up the subway staircase to street level, where he punched him in the face and slashed him across the neck with a sharp object, police said.

The slasher took off after the attack, police said.

The victim was taken to Jacobi Medical Center to be treated for his injuries.